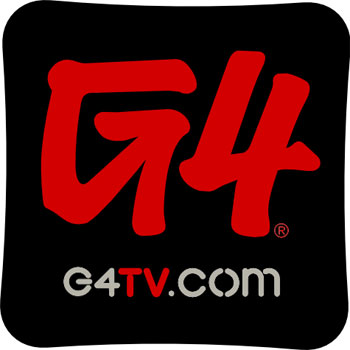 Weekly installments of Attack of the Show, as well as Code Monkeys and The Block are now available at the XBOX Live Video Store. An exclusive free episode of Code Monkeys exists on the service to entice a potential new audience to the cable channel.

Financially, this seems like a good deal for G4 parent company Comcast and Microsoft. Ethically, however, gamers are expressing concern as to whether the gaming network can now cover the console and its games fairly. Aside from the usual outcries of “bring back TechTV,” some gamers believe this deal is a conflict of interest–particularly with concern to X-Play, which touts itself as being brutally honest in their scoring.

On Kotaku, their boards are lighting up with commentary. This one from Strange Bedfellows reads:

So… uh… does this count as a conflict of interests? Do we get a more biased G4 now?

More from him in a sec, but here’s an interclarary comment from VishusBurn:

You don’t need to follow the money trail to tell that G4 plays favorites. Just look at the disdain on Web’s face whenever she mentions something Playstation related.

And here’s something much more poignant, also written by Strange Bedfellows. Having been in the television industry now for almost five years, it would be the equivalent of something I would say in a commentary on the subject:

My father works in television, has for more than 30 years, and he has first-hand experience with these kinds of deals. Just saying: if the network doesn’t avoid being critical of their partner, the partner will pull the deal. He worked in news for more than 25 years (no longer in that godforsaken business of television anymore, thankfully) and they would do this all the time. If a company has an advertising deal with his network, then the team had to be very careful not to be critical of the company should something negative and newsworthy come out about them. So if a competing network didn’t have a deal with the company, they’d run the story, but on the network with the deal, they wouldn’t run the story, or they would downplay it to the best of their abilities. A few times they’d run with it, and the company would pull out on some huge deals they had because they pissed them off by running the story.

I simply cannot imagine that this sort of thing doesn’t go on in the world of videogames as well. I mean, Microsoft, for instance, has a half billion dollar contract with Viacom, who Gametrailers.com. So, you know, they do their reporting on which version of a multiplat game has the better graphics and runs better, and what not, but Microsoft can rest assured that if they keep finding PS3 versions that are better, they will either downplay it or they won’t put up the analysis at all. But when they can put up an analysis claiming the 360 version is better, they’re going to feel the push to run with it. I don’t know how much this could potentially effect review scores, but from a news & analysis perspective, I’m absolutely positive it has an effect.

So, with a deal like this going on, I would imagine that criticisms of the 360 and Xbox Live and Microsoft will be a very downplayed and minimalized occurrence on the shows this deal applies to, like Attack of the Show for instance. You’re not going to be seeing too much negative about the Xbox business on that program as long as they’ve got a deal inked with Microsoft. Does this mean they’ll trash the competition of Microsoft? No. Does this mean they’ll turn bad things into good for Microsoft? Not really. All it means is that you likely won’t be learning too much about the bad news relating to Xbox 360 from AotS.

And now, the press release:

G4, the multi-media destination that feeds young guy’s addiction for the latest technology, web culture, animation and video games, announced today that the network has teamed up with Microsoft to offer a selection of its popular series on Xbox 360 video game and entertainment system. Shows available for download immediately are animated comedy series “Code Monkeys,” including a free sneak preview of season two, snowboarder reality series “The Block” and a special weekly episode of “Attack of the Show.” The agreement marks the first time that G4’s content has been made available for download on a gaming console.

“G4 is a natural fit to be part of the Xbox LIVE community. Our young male audience spends more time interfacing with technology than any other network,” said Neal Tiles, President, G4. “This partnership underscores G4’s commitment to bringing relevant and authentic content to young guys in more ways than ever before.”

“G4 is one of the industry leaders for gaming and entertainment content and we are thrilled to offer its shows on the Xbox LIVE Video Store,” said Ross Honey, senior director of the media and entertainment group, Microsoft. “We’re sure the Xbox LIVE community is going to jump at the chance to download G4 shows, especially the never before seen free episode of Code Monkeys.”

Episodes from the following G4 series are available for download now at the Xbox LIVE Video Store:

“Code Monkeys” – G4’s hit animated comedy of 8-bit proportions centers around GameAvision, a 1980’s videogame company, and the misadventures of its staff whose crazy antics ascend any of their own video creations. Creator Adam de la Peña (“The Man Show,” “Crank Yankers”) sends the rowdy staff on side-splitting adventures that parody the golden age of videogames, including cameos of industry icons who help them along the way. Season two of “Code Monkey” debuts June 1 on G4 but a new episode is available for download now at the Xbox LIVE Video Store.

“The Block” – This reality series, currently in its second season, gives viewers a free lift ticket inside the world of hard-core snowboarders. The series is filmed at the world’s only hotels run by and for snowboarders and offers a candid look at the insanity of “The Block,” where the action behind the front desk is only topped by what happens on the slopes. It’s up to the hotel’s owners, pro-snowboarding icon Marc Frank Montoya and hotel entrepreneur Liko Smith, to balance the company and the craziness to make sure guests live in true rock-star style. Season one of the series takes place in Lake Tahoe and season two goes to the hotel’s branch in Big Bear, CA.

“Attack of the Show” – G4 brings viewers an irreverent interactive daily live trip to the digital water cooler with reports on the latest hot topics and breaking news, including non-mainstream guests and in-depth coverage of events such as CES, E3, GDC, SXSW and Comic-Con. Hosted by Kevin Pereira and Olivia Munn, “Attack of the Show” takes viewers inside, underneath, around and behind tech, games, Internet culture, comic books, sports, gadgets and more. A special weekly episode, created exclusively for Xbox users, will be made available for download each week.