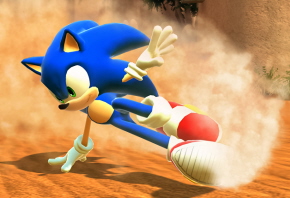 Sega has confirmed that Sonic Unleashed will be released in November, 2008 for the PlayStation 3, PlayStation 2, Nintendo Wii and Xbox 360 systems in North America. Recently the game has been shown for a November 4th, 2008 release date, which could still very well be the exact date.

Sega also revealed Sonic Chronicles: The Dark Brotherhood for a September, 2008 release day in North America. Check below for a more complete list on Sega related titles and their release dates, some of which only have a month listed and not a exact day. Thanks to Sega Nerds for the list:

Inside the Pages: Knuckles Archives #4