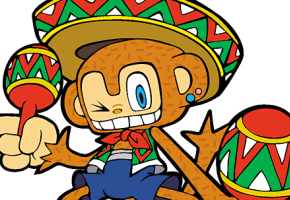 In this era of gaming where going causal is the norm, it’s almost a shame that Sonic Team isn’t working on this revival of Samba de Amigo.  After all, they were team which originated the franchise, and with the original nature of the franchise–lively, colorful art direction, pounding party music at all–they could have a hit on their hands.

As it stands, though, Gearbox is working on this new era for Samba.  They with Sega have released a new trailer for the upcoming title–it appears to be the opening CGI.  Join the party by heading here.

Thanks to Jeremy for this news tip.  If you have a tip of your own, we invite you to use the interface above.

Diamond Comics Distributors to Resume Operations in May