Featuring a brief appearance by Tip/Chip/Whatever

GameKyo (formerly Jeux-France) has just posted new cam footage of Sonic Unleashed. If you can catch glimpses long enough between the hundreds of people walking past the camera, you can see the majority of the Mynokos, Greece level (Daytime Version).

Stick with it until the end and during the score tally you get your first chance to see an in-game appearance by Tip/Chip, the small dog-like creature unveiled in the Sonic Unleashed Manga a week or two ago: 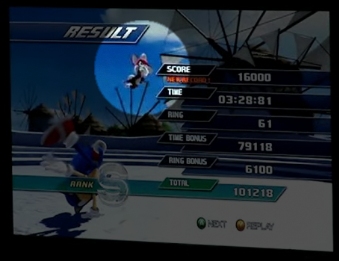