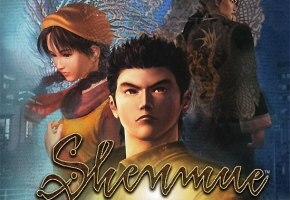 Shenmue faithful have a new glimmer of hope.

A new interview between Famitsu’s Yoshiki Okamoto and Sega’s Yu Suzuki–who, we remind you, is still with the company–was the journalistic equivalent of a root canal.  Okamoto tried hard to pry some information about the “maybe it’s canceled, maybe it’s not” Shenmue Online.

Suzuki had to confer with a Sega PR rep who was in attendance before saying:

OK, I’ll say as much as I can… Due to a situation, the project is in a ‘Pending’ state. But personally I’m hoping to be reunited with Shenmue Online. I haven’t given up.

Suzuki didn’t say one way or another what that “situation” was.  No matter what it is though, fans are sure to be relieved that there’s at least a chance another incarnation in the once heralded Shenmue franchise could still come to a gaming console near you.