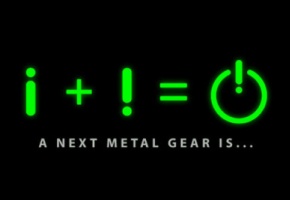 But while the exclamation point inside of the circle does resemble the Xbox 360’s “Ring of light” (right down to the green glow), that style of icon has been a staple of power buttons for PCs for years. If not an Xbox 360 port, could this mean Metal Gear Solid 4 is headed to PCs? Both the original Metal Gear Solid and Metal Gear Solid 2 saw PC ports.

Stay tuned to TSSZ for all the latest on this new, mysterious Metal Gear.