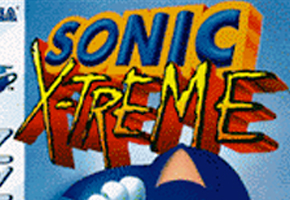 This may not end well.

Discussion regarding the recent leak and then authorized release of previously unseen Sonic X-Treme video has now degenerated some, into fingerpointing and disappointment surrounding the leak’s circumstances.

Chris Senn has showed up on the Sonic Retro message boards to attempt to clear the air on the matter.  What he ended up also doing, however, involved taking a shot at Sonic research site X-Cult, which Sonic Cult is a part of.  The comments included an attack toward the ‘Cult’s former administrator, PACHUKA.

Senn’s comments came in response to Retro forumer Kiroziki talking to him regarding a Youtube leak of the video in question.  Kiroziki was apparently upset regarding more private circumstances, which led to that leak:

Kiroziki – I took the time to email you and explain why violating someone’s trust and disregarding their request was bad. I took the time because you approached me first, showing that you had a conscience and some humility. PACHUKA, on the other hand, has neither. He thrives on any attention he can get, even if it means disregarding developers’ wishes who actually created the material.

Folks, the release of these videos was an issue because the person most responsible (by far) for their creation, wished them to not be released. Disregarding this request is a slap in the face of the person who made what you see responsible. That is the issue – nobody was trying to hide things, keep them to themselves, etc. – in fact, all that has become evident here are a few people hungry for attention. That’s it. I hope this ends any questions related to this – because it is very simple.

Senn also posted a more formal explanation regarding the release’s circumstances on his own message board:

Two new videos are online and public containing awesome footage of levels Ofer Alon created using his editor and engine. A testament not only to the power of his technical creation and its capabilities, but to the freedom it provided the user to quickly realize cool ideas, the videos show off some of Ofer’s “test” art (which frankly were better than my own) as well. As always, these materials remain the copyright of SEGA.

Today someone decided to openly disregard and disrespect Ofer Alon’s wishes and share his levels publicly. For the community, it’s certainly a good thing to see a little bit more of a game that “could have been” cool. But for humanity, this is an example of what not to do. By violating someone’s trust and disregarding their wishes, a person demonstrates just how selfish he is. Clearly, this person does not care about anything else other than promoting himself, and is willing to do whatever is convenient to further his own purposes, regardless of how it may affect others.

Q. Why is it a bad thing to share these videos, when others have been shared without incident?

A. The difference between these new videos and the old ones is that someone asked that they not be released. And it wasn’t just “someone” – it was the creator of the tool that allowed the levels you see in the videos to be created; it was the creator of those levels and their graphics; it was the person who wished that his work remain private. This was a bond of trust that was broken today, and that trust cannot be regained.

To make matters worse, this person made it clear that he didn’t care about what anyone thought. This kind of adolescent narrow-mindedness is exactly what gets people nowhere. You break trust and disrespect others, and it will certainly come back to haunt you. Let this be a lesson for anyone who thinks there is glory in acting like this.

Q. Why did Ofer not want this material shared?

A. Ofer did not want the materials shared – not because he wanted anything hoarded or kept from an interested community, but because he believed it was unethical to share them out of his obligation to SEGA. He also would just assume forget about the whole experience, because for him and for many others of us who worked on Sonic Xtreme, it was a long series of battles that led to defeat with its cancellation.

What started as a promising release for the Sonic research community could now turn quite personal and nasty.  We will let you know of any possible response to these comments, either by X-Cult ot PACHUKA himself.