IGN May Not Have Played SBK Through 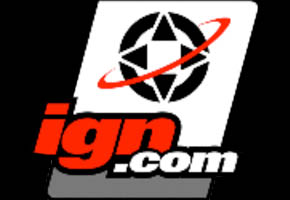 In trying to separate a cold truth from IGNorance in IGN’s recent review of Sonic and the Black Knight, evidence has surfaced that may lead some Sonic faithful to lean on the latter side.

Take a look at what our German partner site Spindash.de found–he noticed a post made on NeoGAF regarding the IGN review that has been circulating in other forum circuits.  You would have needed to read Matt Casamassina’s bottom line in the Lasting Appeal section to notice, because that’s where the evidence begins to mount:

You can beat the primary single-player mode in a few hours and then you’ll unlock some extra playable characters. But there’s no point in going back unless you like torturing yourself.

Here’s what the NeoGAF forumer had to say about that:

Wrong. You do not “beat” the game, then unlock the characters. The game gives off a false ending with credits, then the major plot twist happens and the game continues with the ability to play as the other knights. The story is still going on. Did Matt actually think that little bit was the ending?!

There is one other element adding fuel to the fire.  Sega has clearly shown in their recent SBK trailer that other characters are playable in the main game, a trailer IGN is hosting on their site.  While Casamassina does make mention of a four player mode that includes Knuckles and Amy Rose, nowhere else in his review does he make mention that characters other than Sonic are eventually available in the single player quest.  All single player experiences are told in the context of Sonic only.  Not helping matters is that all of IGN’s gameplay imagery relating to SBK only shows Sonic as the player.

If IGN really did stop their SBK playtime short, it would not be the first time the mainstream gaming media site has given Sonic or Sega the short stick.  In December, TSSZ News showed you evidence that IGN’s Hilary Goldstein may not have finished half of the next-generation Sonic Unleashed, and also in that month, IGN apologized for an unfavorably and admittedly unfair review of Sega’s Worldwide Soccer Manager 2009.

UPDATE: Matt Casamassima’s Video Review of Sonic and the Black Knight released Thursday night contains material that contradicts some of the information reported above.  There is footage of other characters in the single player mode that are not from the trailers, and it appears IGN shot the footage.  However, Casamassima’s voice-over comments do not reference that footage specifically, and are generally in line with comments made in his written review.  It is entirely possible the footage in question may have been shot by someone else solely for the purpose of additional B-roll.

We want to know what you think of these developments, especially if you’ve already played Sonic and the Black Knight through.  Sound off in the comments below.

Sonic Has Trended Worldwide With More Than 161,000 Tweets