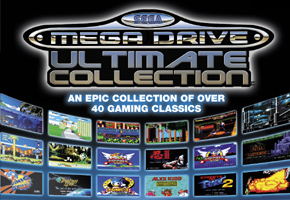 Verdict on a slice of classic Sega Mega Drive/Genesis action

Being born in England in 1985 meant I knew nothing of Nintendo’s dominance of the console business when I was a kid. As far as I was concerned the Sega Mega Drive (or Genesis in the US) was the best thing going and I would literally fight with anyone who tried to tell me otherwise. So you’ll have to excuse me if I find it hard to get my head around the fact that there are entire generations of children and teenagers who might not even have played one. It’s hard to explain today thanks to Sega and Nintendo being buddies. I mean, Sonic has even appeared in games with Mario and friends recently. To people of my generation at one point in time that idea would have been sacrilege. Even knowing the ultimate outcome of Sega’s days of a console manufacturer the fact that some kids will never have even picked up a Mega Drive pad brings a tear to my eye. So when I heard of the Sega Mega Drive Ultimate Collection (Sonic’s Ultimate Genesis Collection in the US) my tears changed to those of joy.

Sega Mega Drive Ultimate Collection (or the ‘Collection’ as I’m going to shorten it to for the rest of this review) is exactly what it says on the box, an ultimate collection of classic Mega Drive games made by Sega featuring many games people from that generation will be familiar with and even some they won’t. The 40+ games on the collection range from the entire lifespan of Sega’s 16 Bit console including early games such as Alex Kidd, Alien Storm and Super Thunder Blade moving onto later games like Comix Zone, Ristar and Dynamite Headdy. Fear not Sonic fans because it also includes almost every single Sonic game released for Sega’s 16 Bit console including Sonic 3D and Dr Robotniks Mean Bean Machine. 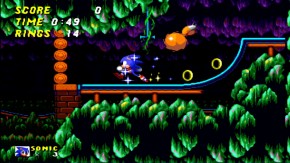 One glaring omission has already been talked about on TSSZ and is the subject of an ongoing poll. Sonic & Knuckles featured ‘lock on’ technology which basically fused Sonic 3 with Sonic & Knuckles to create a full game: Sonic 3 & Knuckles. The story goes to get Sonic 3 out on schedule the game was effectively split in two with ‘lock on’ being a fancy gimmick to hide the fact. Michael Jackson’s music being removed due to the first paedophile charge against him might have had something to do with it depending on who you listen to. But I digress; the fact remains there is no way to combine Sonic 3 with Sonic & Knuckles to create the full Sonic 3 & Knuckles experience on the Collection. If you want to play it that badly it’s on the Sonic Mega Collection for Gamecube, PS2 and X-Box. Anyway, are we over that fact? Good! Moving on…

The quality of the games on the Collection varies considerably. Some earlier games stick out for how ugly and unplayable they are. From 1988 to 1991 Sonic 1 is easily the main standout. After that it’s a testament to the Mega Drive’s evolution that games from 1994-1995 look like they could have been made on another more powerful console in comparison. Indeed some Mega Drive games boast 24 bit graphics thanks to advances in technology on the cartridges themselves. Games such as Comix Zone show real imagination in the concept of literally fighting in panels of a comic book. Ristar, a little known game from the Sonic Team has all the charm of NiGHTS albeit several years earlier and on a machine half the power of the Saturn. Ristar even resembles Sega’s purple jester a bit mid-flight… 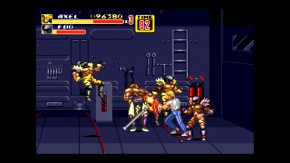 Generally regardless of individual quality the games are well represented in the collection. Graphics that I thought might have suffered on a HDTV actually look great on their normal settings. Some even better than I remember them looking on the Wii’s Virtual Console. There is an option to ‘smooth’ the graphics which in theory should make them look better on a HD display. It actually works on newer games with more detail as the gradients blend well and everything is smoothed in a clear way handing some sprites more of a cartoon look. Older games on the collection fare far worse; the lack of detail dribbles the pixels into a horrid blotchy mess. More often than not though you’ll be happy with the graphics the way they were meant to be enjoyed, pixels hanging out and all. The sound quality is good throughout with only a few differences here and there assuming the original sound couldn’t be found. Mostly it’s nothing too jarring with the exception of the airship from Sonic 3’s Angel Island Zone. I remember the hum of the ship sounding harsh in the original but only as harsh as a Flying Battery of death should sound like. In the Collection the sound made was enough to make my dog howl with high pitched bleeps and moans mixed in with the low growl of the ships engines

The 40+ games on the Collection are all displayed in a friendly menu with some cheery 16 bit music in the background. All the games are listed and allow you to rate them between 1 and 5 allowing you to sort through them easier to find your favourites. It’s not just games though as squirreled away are some cool little extras. Every game comes with a brief explanation of the story, some bits of trivia and game box and cartridge artwork. The Collection also includes several special features in the form of unlockable interviews with various members of Sega Japan staff and some Arcade and Master System games. Nothing really groundbreaking but it’s still good to see progression on some games rewarded with extra content on the disk. None of the rewards task you with completing a full game but often having you playing just enough to get a feel for each game 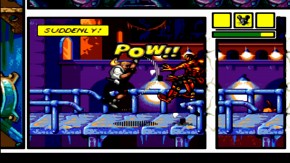 The simple fact is the only thing that could improve on this collection, apart from the inclusion of a certain missing Sonic game, would be to include other Mega Drive era games from other companies. Street Fighter, Mortal Kombat, Desert Strike, Psycho Pinball, Bomberman… what other games would you like to see? The extras could have been more too; maybe some ‘making of’ videos would have been good with concept art of some games being shown. I’m nitpicking really. If you grew up with the Mega Drive/Genesis and worshipped at the alter of Sega you really need to own this collection. For younger fans brought in by Sonic recently this is a genuine slice of history you could educate yourself with. If only a handful of the games on the collection hold your interest to the end it’s still money well spent.

As time goes on there’s a real danger that systems like the Mega Drive could die out entirely or the millions of cartridges break or fail. They do have a limited battery life after all. Sega at least have done their bit to drag some of their games from the depths of history for devout fans and curious spectators to enjoy alike on one collection. It’s been ages since Sega were the all dominating force of old but you owe it to yourself to breath in some classic gaming nostalgia.

New Details: Behind the Ahkihabara Killer

Vertical Slice: For The Kids