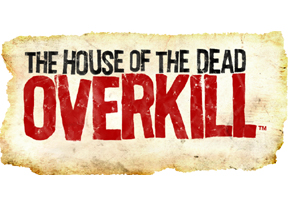 Australian Parents Group not a fan of most profane game ever

It’s ‘Good News/Bad News’ day for House of the Dead: Overkill as an Australian Parents Group has slammed the game for not being fit for it’s MA 15+ Age Rating. The problem in Australia is there is no higher rating for games there. Any game that exceeds the standards for the MA 15+ rating is outright banned.

“The gaming industry has been mischievously misrepresenting the classification system on this issue. I feel very distressed that a large number of teenagers and adults would play this game and soak up this amount of sexually aggressive violence and aggressively violent language.

We need to draw a deep breath and look at the research, which will show a need to scale back this level of violence.
Given the increasing amount of knowledge now available of the effects of exposure to intense levels of violence on the adolescent brain, we should be reviewing the level of violence the MA15+ classification now allows.”

“House of the Dead: Overkill has been rated as suitable for people over 15. It is not an R-rated game. The swearing in it is very much stylised so it matches the Grindhouse cinema style made famous by director Quentin Tarantino.

In playing the game, players attack zombies or humanoid characters but never humans. This is an important distinction that the classification board makes when it gives a rating.”

Interestingly MadWorld, dubbed the Wii’s most violent game is scheduled for release in Australia on March 26th and has also been rated MA 15+. With attention diverted by Sega’s Zombie gore fest one wonders what Angela Conway and people like her might make of this latest game.