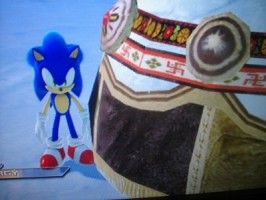 Back in November, TSSZ News reported on the spotting of a swastika-like symbol in Sonic Unleashed‘s daytime levels.  The discovery was initially found by German Sega fansite Sega Portal, and for reasons that draw back to Germany’s period under Nazi rule, the reasons for concern were obvious.  Still, many of our readers and commenters shrugged off the snafu.

Today, we’ve learned Sega wasn’t so quick to shrug it off.

Astute Sonic Stadium forum member JezMM noticed a change with the recent patches made to the game–those swastikas are gone.  The image you see above and to the left shows the original pattern before the patch, taken by the forumer.  You’ll note that both the offending swastika and a reverse one exist as a texture map.  The reverse swastika is a symbol in a rather peaceful Buddhist religion.

Compare that to the image below from the same area, taken after the patches were applied.  You can see that those swastikas are now squares. 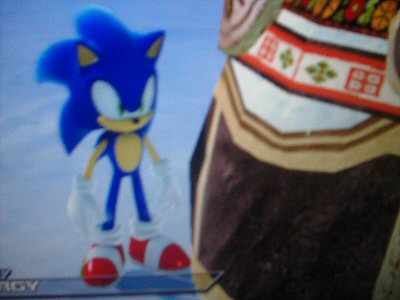 It is unclear whether these changes were made with the first patch or the more recent patch released yesterday. UPDATE: Reader blueblur is telling us that the changes took effect with the first Unleashed patch.