Virtual On #1 In XBLA Chart 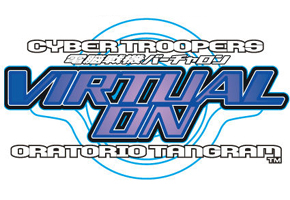 Sega have been on a bit of a roll recently with two high profile Xbox Live Arcade releases managing to reach the number one spot for Arcade Titles downloaded despite some stiff competition this week. Sega racing classic Outrun Online Arcade managed to grasp the number one spot upon release and was number two the next week. Now ‘Cyber Troopers Virtual On Oratorio Tangram’ (to give the game it’s full name) manages to replicate Outrun’s success while the racing game in question hangs on in at number 7. Virtual On also managed to beat the widely hyped Banjo-Tooie to the top spot. The chart in full can be seen below:

The above arcade list is based on full versions purchased.
**Combined sales of all Hasbro Family Game Night titles

All of this must be encouraging news for Sega with both games failing to sell when first releases. Virtua On was released on the ill fated Dreamcast while Outrun 2 was released on PS2, X-Box and eventually PSP but failed to sell in any significant numbers.

Sega has a wide back catalogue of games ripe for release on both XBLA or the Playstation Network so many Sega fans will have some more classic games to look forwards to.