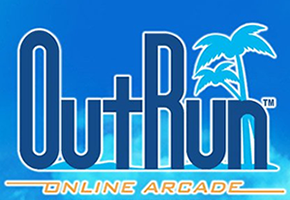 SEGA bring the arcade favourite to the next gen consoles!

Are you ready to live OutRun in full 720p quality? If not then step off the bus now kids, because that’s what SEGA have done and they have done it well. Is this game worth you parting with 800 of your precious Microsoft Points (or £8/$10 on PSN)? That’s what we are about to find out.

SEGA has had many successful franchises over the past few decades and OutRun is right up there with the best of them. A game that started out in the true 16-bit world and today is one of the most addictive arcade games around.

Nothing beats the feeling of throwing your Ferrari round OutRun’s huge corners on the arcade game but this is not lost in this re-make. Drifting is implemented incredibly well in this game and more often than not it is encouraged.

What I personally found beautiful about these OutRun games is that the physics on the car is consistent with the original 16-bit classics. The way in which the car slides around the road (if you over turn) can be quite punishing at times but it wouldn’t be OutRun if it didn’t slam you for your mistakes. Hit the walls too much and you will not be making the check point in time.

You will probably complete the single player arcade mode relatively quickly. This is not too much of a disappointment because single player is not what this game is really about. The clue is in the title, this game is enjoyed more when played online. You race online in battles of up to 6 players. The end goal (A, B, C, D, E) is chosen before the race begins and from the word go it is just a flat out adrenaline rush! 6 players drifting into a corner and over 100 miles per hour is just amazing game play. The online races are generally pretty closely contested as the cars are all the same specification. One race I played finished with all 6 players crossing the line within 1 second of each other. Brilliant (only I came 4th!).

The game features a single player addition called ‘Heart Attack Mode’. You race through the maps performing numerous tasks to please your demanding girlfriend sitting next to you in the car. Each check point you go through you earn a rank and subsequently some points. At the end goal you collect your points total and get to shove it in your mates faces, at what point they turn around with a better one and you go back to the ‘Sunny Beach’ again!

All the music is back as per usual, so no complaints there. If something is not broken, don’t fix it. That’s what I always say. And SEGA take this approach to the OutRun sound track once again.

Graphically, this game is spot on. Sumo Digital (team behind OutRun games and Superstar Tennis) have taken the existing OutRun titles and produced an up-res version when you think about it. But wow, I will take up-res on everything and a side of fries please! All the level backgrounds, skies, waterfalls are all spruced up to a pin-sharp HD format. It looks stunning!

OutRun Online Arcade… is it worth the money? I would have to say 100% yes to that question. This game brings all the great game play of an OutRun game into the ‘HD next-gen’ jungle and has succeed on its own two feet incredibly well. The game is not big enough for a full release, but is perfect for the XBLA (PSN). Beautiful looking, great fun to play, and very addictive.

Relic Entertainment staffs up to work on unnamed Sega MMO