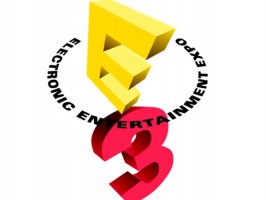 No Surprises But Sega’s Full E3 Press Release Inside

After last years disappointing event was panned by many a publisher E3 returns next week in a reinvigorated form running from the 2nd-4th of June. Sega have announced they are bringing seven games to the event in the face of impending doom from swine flu or what ever apocalyptic event Capcom seem intent on avoiding. Unfortunately for Sonic fans the line-up thus far yields no surprises with the only game featuring the blue and spiky one being Mario & Sonic at the Olympic Winter Games.

The full list of games making it to E3 is as follows:

If there are any surprises from Sega regarding a Sonic game the smart money is on another ‘Rush’ title as it’s been quite a while now since the last one. I wouldn’t expect to see anything about another main console game until next year. On the plus side we might se more about Mario & Sonic. I’m most curious about the adventure mode on the DS version, ‘Boss Battles’ and the Dream Events.

If that wasn’t enough, here’s the full press release from Sega breaking down each game with a bit more detail.

SAN FRANCISCO (May 26, 2009) – SEGA® of America, Inc. today announced their roster of titles to be presented at the 2009 Electronic Entertainment Expo (E3 2009). SEGA will feature numerous titles across six different platforms, including legendary icons and dazzling new stars, as the company continues to develop both original and high-profile licensed properties on the Xbox 360® video game and entertainment system from Microsoft, the Wii™ system from Nintendo, PLAYSTATION®3 computer entertainment system, Windows PC, and the Nintendo DS™. SEGA will showcase their games at booth #2001 in the South Hall of the Los Angeles Convention Center.

Aliens vs. Predator™ (Xbox 360, PLAYSTATION 3 system, Windows PC) – Releases early 2010
The next-gen version of this benchmark multiplayer First-Person-Shooter franchise is coming with SEGA’s new Aliens vs. Predator game. From the developer of the series’ first title comes this next big event, with three unique species fighting for supremacy on the battlefield. Play as Predator, Marine and Alien in three radically different single-player experiences that intertwine to create a thrilling story. Jump into cinematic non-stop multiplayer action with a rollercoaster-ride of explosive firepower, horror, stealth and gory fang and claw combat.

Alpha Protocol™ (Xbox 360, PLAYSTATION 3 system, Windows PC) – Releases October 2009
Enter the world of international espionage in Obsidian Entertainment’s blockbuster new modern-day spy-RPG. Assuming the role of Michael Thorton, players must use their strength, skills and smarts to survive the rigors and dangers of being an international spy. Alpha Protocol takes players to locations around the world and arms them with a full arsenal of weapons and gadgets with which to complete any task at hand. The game also features fully customizable character attributes and a unique dialog system that tracks players’ responses in the game, dynamically changing missions and alliances as they progress through the game’s storyline.

BAYONETTA™ (Xbox 360, PLAYSTATION 3 system) – Releases late 2009
Developed by the creative minds that recently brought gamers the critically acclaimed MadWorld™ on Wii; BAYONETTA from PlatinumGames is set to invite gamers into a world full of adventure, mystery and a dash of sexiness. Players assume the role of the seductive Bayonetta and use a myriad of weapons and combat skills to dispatch her angelic enemies. This epic action-adventure title will to set a new standard in the genre.

Mario & Sonic at the Olympic Winter Games™ (Wii, Nintendo DS) – Releases October 2009
Mario and Sonic are hitting the slopes with their friends in head-to-head competition for international glory and gold in celebration of the Vancouver 2010 Olympic Winter Games. Featuring a full roster of characters from both the Mario and Sonic worlds along with innovative Wii and DS control schemes including the use of the Wii Balance Board™ that allow unparalleled control of competing characters, the excitement of Mario & Sonic at the Olympic Winter Games is ready to set the slopes on fire this fall!

Planet 51™ (Xbox 360, PLAYSTATION 3 system, Wii, Nintendo DS) – Releases Fall 2009
This fall the official video game for Ilion Studio’s and Sony Pictures new animated feature takes audiences to Planet 51 to witness an alien invasion of the human kind. Developed by Pyro Studios the game is set on an alien planet visited by a bumbling U.S. astronaut. Planet 51 The Game gives players the chance to drive through and explore the amazing world of Planet 51 whilst helping our hero find his way back to his spaceship!

The Conduit™ (Wii) – Releases June 23rd 2009
Enter the world of alien conspiracy and government cover-ups in The Conduit. Developed by High Voltage Software exclusively for Wii, The Conduit pushes the graphical capabilities of the Wii to the very edge. The Conduit also features 12 player multiplayer competition with an assortment of game modes. The Conduit supports fully customizable controls so players can optimize their gaming experience and is one of the first Wii titles to support Wii Speak™.