X Cult, Retro in Danger of Dying without Donations 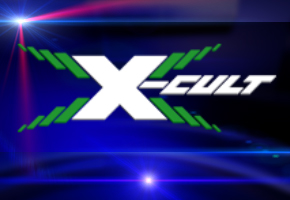 The amount they are asking for is relatively small–just $200.  But if X-Cult administrator Sazpaimon doesn’t meet that goal by June 20th, the ramifications on the Sonic community will be substantial.

X-Cult is part of a larger network of sites hosted on a server known as CultNET.  Other hosted websites include Sonic Cult and Sonic Retro.  Sazpaimon summarized the situation on Monday briefly:

Long story short I moved across the country and my new bank won’t activate my account and give me my new debit card in time for me to pay the cultnet bill. Donations would be appreciated.

If the fundraising goal is not met by June 20th, all websites hosted under CultNET will at least temporarily be taken offline.

Thus far, the official amount raised sits at $20–10% of the goal–and as of this writing that number may unofficially be higher.  If you would like to help, you can head to this page, which links to a PayPal account.