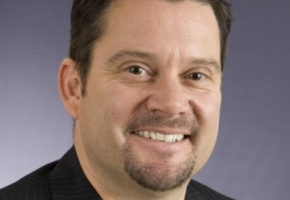 Late last night gaming business site Gamasutra reported that Sega of America CEO Simon Jeffery has resigned from his position at the company in order to join iPhone-centric software developer NGmoco, where he will take a position as head of the company’s new publishing division. Here, Jeffery will presumably manage third-party developers who wish to use NGmoco’s social-networking-focused “Plus Network” iPhone framework.

Speaking to Gamasutra, Jeffery was excited about the shift in focus from “$25 million games” down to “$25,000 games” and that he “really [wants] to be part of that.”

Though many news outlets were initially skeptical, gaming on Apple’s iPhone has been steadily growing in popularity over the last year or so, and some of the top-tier game developers are starting to publish versions of their most popular franchises on the platform, such as Ubisoft with Assassin’s Creed: Altair’s Chronicles earlier this year. iPhone games typically use the device’s tilt sensor and multi-touch touchscreen for controls. Graphically, some developers have equated it to around the same level of power as the Sega Dreamcast. Just recently, Apple announced the next model of the iPhone, the iPhone 3GS, and stated that the original iPhone 3G would still be on the market, at a price of only $99 – half of its original price, and also making it cheaper than both the Nintendo DS and Playstation Portable.

NGmoco was founded by Neil Young, a former executive at Electronic Arts, in July 2008. Since then, NGmoco has gone on to become a prominent iPhone developer, with games like Rolando, Topple 2 and Dr. Awesome: Microsurgeon M.D.