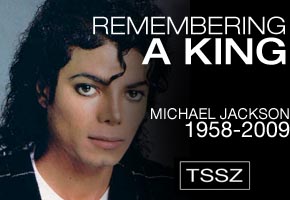 Just how is the Sonic community taking MJ’s death?

It came as a shock yesterday to find that the King of Pop, Michael Jackson, had died. Michael Jackson always seemed to have a degree of closeness with Sega over the years, from Moonwalker in Arcades and on the Sega Genesis, the all-but-confirmed involvement in the soundtrack for Sonic the Hedgehog 3, and his cameo as “Space Michael” in Space Channel 5 for the Sega Dreamcast. Therefore, it’s not unexpected to see that the death of Michael was felt within the community.

Many were simply sad at the passing of the music legend, like Vendettaagainst on the Sonic Retro forums:

As soon as I heard the news I was sure there would be an article here.
R.I.P Michael Jackson.
Just like any other artists, you will live on in your music.

That same thread on Sonic Retro grew to over 15 pages in just 24 hours. A frequent subject of conversation is that of Michael Jackson’s involvement in the soundtrack for Sonic the Hedgehog 3; though there is a large amount of evidence that suggests his production team was to some degree involved with the music for that game, neither Sega nor Michael Jackson himself has ever confirmed this. Many are wondering if perhaps Michael Jackson took the secret with him to his grave, or if there are others willing to speak out about the subject now that Michael is gone.

Some openly stated that they were glad to see Michael go, though few had common reasoning. Some, like SFGHQ’s Phoenix Gamma, saw Jackson’s death as a means of putting him out of his misery:

I’m actually kinda glad to see him go. He died years ago, and all we had left was that pale shell of his former self. Then he became the butt of all the jokes.

So yea, sucks to see him die, but it’s probably for the best. I’ll definitely dig out all my old albums tonight.

On the other hand, some chose to focus on Michael Jackson’s more negative aspects, such as Saga from the Sonic Eats Rings forums:

Good riddance. I hope his embalmer is a necrophile.

Most, however, were respectful of his death and the legacy of music he left behind, including Bentley Jones, who most Sonic fans will remember as the musician behind Silver the Hedgehog’s theme, “Dreams of Absolution”:

Since I saw the first announcement on the news late last night I’ve been in complete shock. The world has lost a legend and I can be nothing but grateful to have been influenced by such a talent while I was growing up. My thoughts go to his family, friends and fellow fans.

Because of this, I feel it would be too conflicting to continue with the updates I had scheduled for over the weekend. So all updates will be delayed until next week.

Farewell to one of our truest musical icons. Such a sad day.

Rest in Peace, Michael. Very few celebrities can escape the negative effects of the paparazzi, and neither could you, regardless of what you actually did (or did not) do. But, as time goes on, your music will remain the strongest, lasting memory of your time with us, and you made some incredible songs. For that, many of us, including myself, are thankful.

Sonic 3D Blast to be Released in Japan