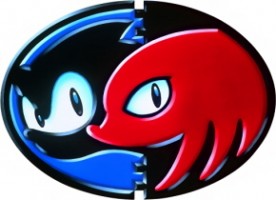 Who’s ready to take a trip back in time to the early nineties?

Before Sonic & Knuckles was released, Sega & MTV teamed up to bring us a gaming competition in Alcatraz.  Though most of us would call this a very long commercial showing off the game and Knuckles. A large group of kids from all over the world compete for $25K to see who can collect the most rings as Knuckles. The actual competition and host are very much cringe-worthy, it’s still worth skipping ten minutes into the video to get a quick look at the development of the game at Sega Technical Institute.

X Cult, Retro in Danger of Dying without Donations