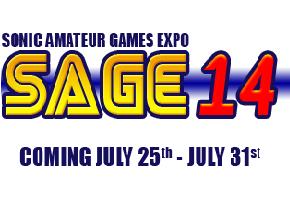 It’s been a long time coming.

Chances are, if you’re reading this site, you’ve heard of Sonic Robo-Blast 2. How could you not? For its 11 years in development, it has been one of the single highest profile Sonic fangames. I think I speak for a lot of people in the Sonic fangaming community when I say that, at some point, Sonic Robo-Blast has been an inspiration to us all. If it was not for the original SRB, I know I probably wouldn’t have gotten in to making Sonic fangames all those years ago. Now, here we are, 11 years later, with what was originally purported to be the “final” version of Sonic Robo-Blast 2. Now, one gets the impression that it’s simply, once again, the next release – having been branded simply as “Version 2”. But that doesn’t mean the game is incomplete. It’s quite the opposite – for someone who’s been following SRB2 pretty much since the beginning, there is a considerable amount of new content here to sink your teeth in to. 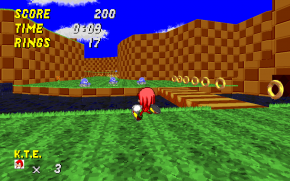 It’s kind of weird, in a way. After so many years of having just Green Flower, Techno Hill, and Castle Eggman, each level with nearly identical gameplay and not much variety, I had sort of formed this image in my head of what SRB2 was going to be like. I figured that those three levels would be represenative of what all of SRB2 would play like – that I would be fighting wimpy “Crawla” tanks for the entire game with only the most basic platformer mechanics. I am very happy to report that, thankfully, this is about as far from the truth as it gets. In the intervening years since SRB2’s last substantial singleplayer content update, the game has blossomed in to a fully-featured, fully-realized 3D platformer – albiet one that is running on top of a Doom source port that hasn’t been updated since 2004. You’d be hard pressed to know it, though: SRB2 does things that you would never expect out of Doom, and moves far beyond the features of its “Doom Legacy” engine heritage. Horizontally moving platforms, a feature impossible on the original Doom, are used as they would be in any standard 3D platformer. All manner of tethered and swinging objects are in full effect, and the number of new enemies is impressive as they are diverse: some enemies cannot be attacked from the sides, some cannot be attacked from above, some have specific states that make them invincible, and more. But perhaps most impressive is the sheer size of the levels themselves: I found myself frequently spending well over 10 or 15 minutes my first time through many of the new locales.

All of this, however, comes at a price: For as fun, expansive and colorful SRB2 is, you honestly get the impression that they’re often nudging against the limitations of their engine. Graphical hiccups are the order of the day in SRB2, as Doom’s old “Hall of Mirrors” glitch will intermittently blink on screen  – no doubt a testament to just how large and complex SRB2’s levels are. 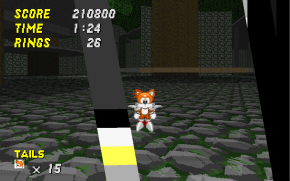 The framerate can also be a little unstable at times (mostly in the remade Castle Eggman Zone), despite the fact the game is running on a (highly modified) game engine originally targeted to run on a 386. Then, there’s the fact that underneath it all, SRB2 is a 3D game with 2D assets – in my time spent playing, there were more than a few times where, because of the 2D perspective on certain objects, I actually had a hard time interacting with them because it was difficult to judge their actual size and position in the 3D world. Now, perhaps more than ever, SRB2 needs to be a “real” 3D game, with polygonal characters and polygonal enemies, because the lack of accurate depth perception has actually managed to get me killed on occasion.

Ultimately, though, none of that actually ruined my enjoyment of Sonic Robo-Blast 2 Version 2. Though it definitely has some issues, you can’t really fault the team for pushing their game engine to the limit, and SRB2 is probably a better game for it. Despite later levels being so long, they don’t really feel daunting for it, because around every corner, there’s always something new to see. For the first time in a long time, Sonic Robo-Blast 2 feels like a legitimate game again, and though it may not be a traditional 3D Sonic game with loops and slopes, that doesn’t diminish the fact that I had tons of fun playing it. This is one of the best games of the show – don’t miss it.