Sega admits they can’t please everyone. 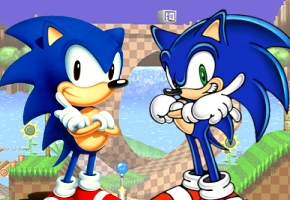 For a franchise with such a rough history as Sonic, it’s hard to find somebody these days who doesn’t have their own plans on how Sega should “fix” the character – the problem is that not everybody can agree on how, exactly, that should happen. Speaking to Kotaku, newly-crowned Sega of America Head Honcho Mike Hayes admits that it is difficult to please everyone.

“If you read everything, we need to be all things to all gamers with Sonic, and that’s a difficult thing to do,” said Mike Hayes, the head of Sega Europe and, as of last month, the head of Sega of America as well. “Trying to put everything into one game and making everybody happy is impossible. And I think that’s something clear going forward.“

What the interview boils down to is that Sega is re-thinking who Sonic is “for”, and that involves their primary demographic: Children 12 and under.

“It very much is in that under 12 group,” Hayes said. “And what we have to do is make a Sonic that is of a quality that delights that audience, first and foremost. I’d argue that we very much achieved that with products like Sonic Heroes on PS2, and I think we did that with Mario and Sonic 1 on Wii and DS. I think we did it some ways with Sonic and the Secret Rings on Wii. I think [the Wii’s Sonic and the] Black Knight was a good game.”

But that does not necessarily mean that the Sonic fans who still remember the old 16-bit games are being left out in the cold, either, as Hayes says Sega is not adverse to throwing the community a bone:

“Often it can be looking at another take on the nostalgic take on Sonic. Or re-issues. They’re very popular. Fans do like that.“

Though Kotaku brought up the possibility of seeing a New Super Mario Bros. style Sonic refresh, Hayes did not comment on whether or not such a project was in development or would even be considered by the company.

To read the full interview, head over to Kotaku.