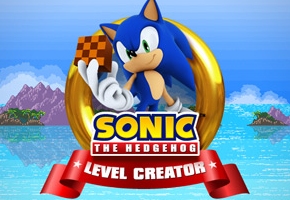 Create and play your own Sonic levels

Since quietly launching earlier this year, Sega’s web game portal,  PlaySega, has quietly existed without much fanfare. Primarily launching with standard titles like “Texas Hold’em”, “Solitaire”, and a variety of other casual-centric games, PlaySega had very little to appeal to the more hardcore Sega fans on the internet. Over time, however, Sega Genesis games have begun to appear on the service, including classics like Comix Zone, Gunstar Heroes, and Alex Kidd.  But, coming out of NeoGAF (via Sonic Retro), PlaySega has a brand new game that may be of interest to budding game designers. 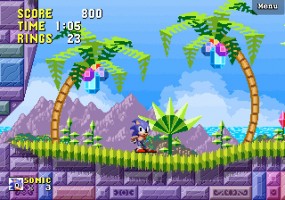 The aptly-titled “Sonic the Hedgehog Level Creator” allows you the ability to create and play custom-made Sonic the Hedgehog levels. So far there is only one tileset, comprised of a mixture of new and  edited tiles from various other Sega Genesis Sonic games. Physics, while not quite on par with the Sega Genesis games they’re based off of, do an admirable job. Unfortunately, while anybody with a Free PlaySega account can run through any of the currently available user-created levels, if you would like to create your own Sonic the Hedgehog stages, you need a PlaySega VIP account – priced at a minimum of $6 a month. The upside to all of this is that there are multiple payment plans for PlaySega VIP access, and if you subscribe for three months or more of the service, you get a free PlaySega-branded USB gamepad, patterned after the Sega Saturn controller. Though a subscription fee to a service like this seems silly (and the prices themselves are a bit steep), the incentive of a free gamepad (based off of what some claim is the “greatest gamepad ever made”) may make it all worth it.