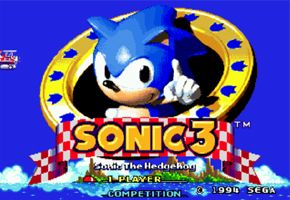 Ken Horowitz has come out today with the claim that nothing may have been proven from a French magazine’s interview that appears to affirm Michael Jackson’s role in Sonic 3.

He would know–the Sega-16 founder and administrator has dedicated much time and research toward the subject.  Long thought to have been true but never concretely confirmed, the discussion has long been a part of Sonic research.

That’s what makes Horowitz’s comments today noteworthy.  Citing words from Sega vets Roger Hector and Scott Bayless, he disputes whether the interview, published in Black and White magazine, puts anything to rest:

This doesn’t sit with me. So, MJ was frustrated at the sound production of the Genesis and wanted no part of a product that “devalued his music” years after personally helping to develop a Genesis game centered entirely around his music? Someone needs to remind this dude about Moonwalker.

Also, that would fly entirely in the face of what Roger Hector said about Jackson’s attitude towards working on the project:

Hector Quote:
“Michael Jackson was a very big fan of Sonic,” he revealed, “and he wanted to record a soundtrack for the game. He came to STI and met with the team to discuss the design theme, story and and feel of the game. He then went away and recorded an entire soundtrack that covered all of the worlds. It was fantastic.” Hector’s revelations don’t stop there, and he continued to explain what happened. “the music fitted [sic] perfectly for the game, and they had a distinctive Michael Jackson sound.”

That doesn’t sound like someone frustrated with the hardware and wanting nothing to do with it.

Or what about what Scott Bayless said?

Bayless Quote:
“When we finished there we walked him over to the sound studio, which was just down the hall. Suddenly there was this new person in the room; it was uncanny. Jackson came to life like someone had flipped a switch. It was obvious that the only thing he was excited about was the music.”
This sounds more to me like another conflicting memory among those involved. This mystery is full of them, and I really don’t think this solves anything. It just adds another contradiction to the others already there.

And the music he’s referring to could simply be the score that Hector said Jackson did. It doesn’t mean that any of it was used (and he can’t confirm because he hasn’t played the game and heard the score) or that any official contract was signed. He could simply have been credited as an inspiration. His comments don’t prove at all that any of MJ’s music actually made it into the game.

But then there’s this–according to Sega Europe community manager Kevin Eva on his non-official Sonic site today, the revelation had long been proven in Sonic’s Ultimate Genesis Collection:

Dear Everyone – YOU’RE TOO SLOWWWW.

Yes sorry about this but everyones getting all excited about Michael Jackson’s involvement with the Sonic 3 soundtrack again being confirmed and its gotten to the point where my sickly brain is a bit fed up of it. So to all the investigative journalists out there here’s a tip.

Go to the museum.

Scroll to the bottom of the Did You Know section.

It appears, one way or another, the debate is over.  Whether that debate should have been over long ago is another matter.