Nudity in Phantasy Star Portable 2…For Real This Time? 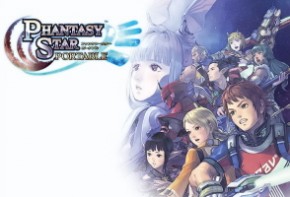 The concern over a possible nude skin in the 2006 Sonic the Hedgehog earlier this year was, thankfully, over nothing.  This may not be so.

First spotted by Kotaku’s Brian Ashcraft, who is based in Japan, is a screenshot from a Japanese blog from Phantasy Star Portable 2.  PSP2–and, for that matter, the more perverted among the Japanese game camp–is known for fan service and…well, the ability for cameras to take advantage of such service.

That line, presumably, had been drawn with the inclusion of undergarments for the PSP2 characters–clearly visible, and some more revealing than others.  It appears one character has been lost in the fray. 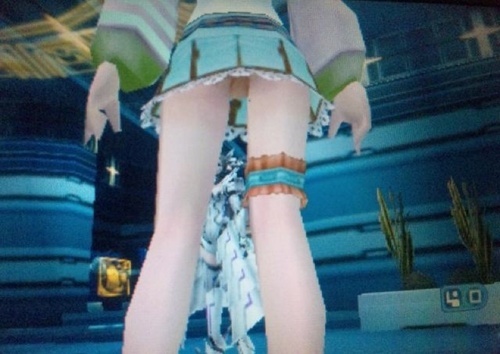 To be fair, though it certainly appears there’s nothing down there, it’s not like you can see blatant genitalia.  The prospects of a glitch also have not been ruled out.  But should Phantasy Star Portable 2 see release in the West, things like this could pose a major cultural issue without fixes.  Hot Coffee, anyone?

We should note that PSP2‘s rating in Japan is a B, for ages 12 and up.  That is the equivalent of an ESRB T for Teen rating.

For the moment, this is just an observation–and it is not necessarily ours; we are relaying a story reported elsewhere, and trying to give you some wider context on it.  No one’s quite sure whether PSP2 will see a Western release, and if not, this is nothing more than a minor embarrassment for Sega.  But if it comes across the Pacific, and it’s not fixed, well…we’ll leave you to speak of that in the comments area.

Arrest Made in Japanese XBOX Heist