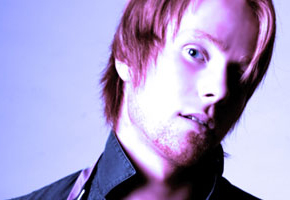 Your Online Performance Can Lead to So Much More

To coincide with the release of his new album, Bentley Jones also gave out the full details on his music video contest, first announced in December.

As noted on the front page of his website, there will be multiple opportunities for fans to be seen in the video, with so many prizes available, and all the slots–including runners-up–eligible for an appearance.  Interested participants are asked to shoot the highest quality video possible, within a time limit ranging from 2 to 5 minutes.  The video soundtrack must contain an excerpt of So Much More, the title track to Bentley’s album and the theme to Sonic & Sega All-Stars Racing.

The details go from there, with a contest closing date of February 26th:

Upload your videos to a video sharing website (i.e. YouTube) then e-mail us the link to your video to smmvideocompetition@bentleyjones.com*. We will ask winning entries to send us the raw file(s) once the competition has closed. Do not attach videos to e-mails as your e-mail will not be delivered.

Videos must contain the tag www.bentleyjones.com either as an annotation (preferable) or in the video description.

Extra bonus points will be awarded for placing the “So Much More…” CD** somewhere in the video.

One video entry will only be eligible to win one prize bundle, regardless of how many people may feature in (or have contributed to) the video entry.

There are plenty of prizes to go around, with five first prize packages up for grabs, and five second prizes.  But it’s the first prize winners that will get not only two games, but some ASR concept art:

We will revisit the contest in February, when it closes.  It will be intriguing to see the variety pending for the contest, and to see how much–if all of it–is used to assemble the music video.