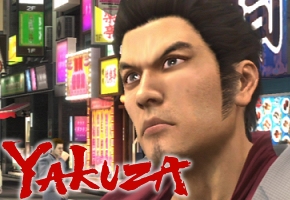 If you’ve been following the Yakuza game series, you get the impression that Sega of America isn’t quite sure what to do with it. Known as “Ryu Ga Gotoku” (Translating to “Like A Dragon”) in its home country, the Yakuza series has been a massive success for Sega of Japan, garnering many awards and even a feature film adaptation. Despite faring well in reviews in the United States, the game was nowhere near as successful in the west – some would argue that this was due to Sega of America incorrectly pitching the game as “Japan’s Grand Theft Auto“. In truth, the Yakuza games are more akin to something like River City Ransom, featuring brawler elements with an RPG-style upgrade system. Bad marketing or not, Yakuza and its sequel completely failed to sell in a Western market.

When Sega announced Yakuza 3 would actually make it state-side, it came with a catch: “Hostess Clubs”, a feature of one of the game’s many side quests, would have to be cut. Sega assured fans, however, that Yakuza 3 would release in the West “99% uncut”. As we’re learning today, the removal of Hostess Clubs are the least of a Yakuza fan’s worries. Thanks to a news tip sent in to us by Deven Gallo, we have learned that as many as 21 side quests have been removed, spanning the game’s 10 chapters. Numerous game features and locations have also been trimmed, such as the ability to romance certain in-game characters. Speaking to a friend who bought the game today, I was relayed a story regarding that, in the Japanese release of Yakuza 3, you would often see people on the street handing out various flyers advertising stores and shops located around the game world. Some of these shops have apparently been removed for the North American release. However, the people giving out the flyers for these removed shops still follow you around, offering instead only a quiet stare. The removal of such content can have a profound impact on how the game is played. Fewer side quests means less experience points to upgrade your character with, and less money to spend, for example.

According to a statement made to Kotaku back in February, cutting some content from Yakuza 3 was necessary for its North American release:

“We had a tight schedule to abide by for localizing and releasing Yakuza 3 in the west. Due to the limited time we were given we had to leave certain bits of the game out and we chose portions we felt didn’t resonate with western culture.“

Though this initially only applied to the matter of Hostess Clubs being removed from the game, it’s clear that this applies to a much broader spectrum of censorship. In particular, many fans are taking issue with the comment regarding what elements of Yakuza resonate with western culture, as some of the removed quests feature apparently harmless mission objectives like helping an aspiring Japanese artist get his comic book published.

As of yet, Sega of America has not made any comments regarding why so much content in Yakuza 3 was removed in the face of their initial claims. We’ll keep tabs on this story as it develops.