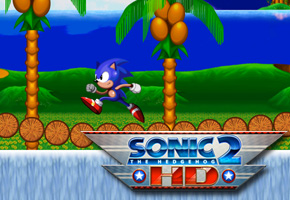 Still, “We continue to ask for your help”

Now, on the heels of several significant changes, including an engine revision, S2HD project coordinator Canned Karma announced last night that the project will move more in the latter direction, becoming a “closed community project.”

In making the decision, Canned Karma assured S2HD isn’t dead, thanked those who have already contributed, stressed they are looking for more hands to help out, and asked for patience until the release of an upcoming alpha build:

Recently there’s been a lot of wondering regarding why S2HD has been operating behind the scenes. There’s a few answers behind this. The first is to keep things as organized and coordinated as possible. Any successful project needs a strong leadership core to guide it. This is why a dedicated staff was created in the project’s infancy. Many of you have brought up the issue of whether S2HD is an actual “community” project.

S2HD will now be considered a closed community project. What does this mean? Before I get to that, let me clearly state that we still want your contributions. S2HD will not close itself off to your ideas, concepts, and artwork. The groundwork for this project could not have been laid without you, and while an end result may be possible with just the staff, we doubt anyone wants to wait around for the number of years that would take unassisted. Many of you have proven to be valuable talents, and we thank you for your efforts and look forward to working with you in the future. I’d like to allay any fears on credit given as well. Those of you who have contributed so far have already gained a place in S2HD’s history, and you will be fully acknowledged in its credits. That said, the staff reserves the right to make final approval on staff made pieces. We will continue to evaluate, accept, and approve contributions from those wishing to contribute to the S2HD, but if the staff has put weeks into something, it stands to reason that it won’t be changed at the drop of a hat. We’ve all seen how completely open projects can break down even when based on the best of intentions. We’re trying to learn from this to keep our commitment to you that S2HD will not be abandoned. Tasks cannot be accomplished if every single piece of art or project decision is questioned by dozens of people. Undoubtedly, there will be disagreements along the way, and while we’d love to be able to please everyone, it’s just not possible with such a diverse group of opinions. These perspectives are considered a strength to the project, as more ideas provide artists with more inspiration to draw from. They can’t, however, be a shackle to the project’s progress.

We haven’t shown the most updated artwork so far because we’re aiming for the highest standards possible—until the existing art has reached that level it will be counterproductive to show off half-completed work. Not all work done by the staff will be immediately released to the public. If we kept revising work every time another ‘amazing’ idea was proposed, the project would never be finished.

The staff would like to note that we’ve seen instances of original work from S2HD taken without permission and used for promotion, intentional or otherwise, of other properties. We would greatly appreciate it if this would end immediately. It’s not fair to the artists who have labored to create the work for the project.

We continue to ask for your help, as the staff could not have come together in the first place without the talents of the community to draw from. Proof of this rests in the fact that the staff is still in need of programmer talent for 3D engine work in the special stages, and potentially in the multiplayer component as well. That said, the art style has been set in place, and there is a set direction for how the project will function.

In short, you guys want a game, and you want information on it. We want your patience until the alpha. These announcements were planned specifically to let you know that hard work is being done on a consistent basis, and it’s only gearing up from here on in. We guarantee it will be worth the wait!

The changes, depending on how far along the project is, may simply be cosmetic, only making official what’s already happened.  Development on Sonic 2 HD itself still looks to be nicely chugging along, and it will be exciting to see what its next evolution will hold.  We’ll let you know of continuing major developments on this large scale fan project.

Sonic Lost World Media Reviews All Over the Place