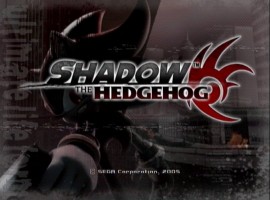 A lot of attention has recently been paid to Saturday’s release of Official Nintendo Magazine UK’s top ten Sonic games.

The top seems pretty solid–Sonic 2 is number 1, followed by Sonic Adventure 2: Battle, Sonic 3 & Knuckles and the original Sonic.  But in a sign of the times and another example of the clash between old fans and the new generation, the list after the top four gets…complicated, showing 2005’s Shadow the Hedgehog firmly in the middle of things.  The game had been reminisced upon recently–enough so that it overtook classics like Sonic CD, Sonic Advance 3, and even the recent Sonic Unleashed:

The top ten had been voted on by ONM readers–perhaps the most glaring example yet of newer fans unafraid to sound off on titles they appreciate.  In some ways, the ranks can be compared in style to Guinness’s recent vote on the top 50 greatest game franchises of all time.  In a nutshell, when you turn the vote over to the masses, anything is possible.

Do you agree with the top 10 as presented in this study?  Tell us in the comments area.