11 Genesis games on the cheap

Many would argue that Valve’s “Steam” is slowly becoming the PC’s “platform”, much in the same way an Xbox 360 has “Xbox Live Arcade” or a Playstation 3 has “Playstation Network” as a platform. Though there are now many who attempt to imitate Steam’s reach and scope, few reach the same width of audience. Re-enforcing Steam as the “PC platform”, today Sega released 11 Genesis games for the service:

10 of the 11 games all ring up at a mere $2.99 each, save for Sonic 3D Blast, with a price of $4.99, respectively. If you’re feeling daring, you can buy all 11 games in one package for $35. With the larger-than-usual price, one would expect that Sonic 3D Blast may infact be the official PC port of the game released in 1997 – but if screenshots on the Steam game page are to be believed, it is the (relatively inferior) Sega Genesis version. 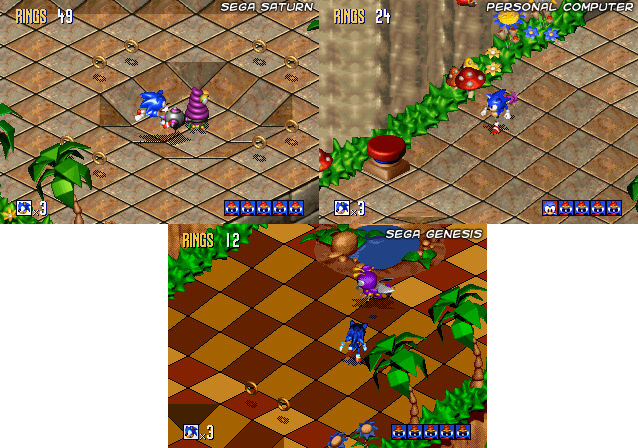 The PC version of Sonic 3D Blast is based off of the Saturn port, though the PC version lacks a small amount of color depth, and the benefit of the Saturn’s fully polygonal bonus stages. By putting the Genesis version on Steam, you’re getting vastly fewer colors, no CD quality music (composed by Richard Jacques), and above all, no analog stick controls.