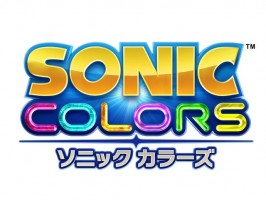 Plus, a Couple More Lines Translated

We said we weren’t going to do it, and in all likelihood you’ve seen what’s available below elsewhere.  But this week our Japan based correspondent Danny Russell took the time to have a closer look and take higher resolution shots of the Famitsu Sonic Colors preview–so we reconsidered.

Danny’s presence means a bit of a closer look at specific elements of what Famitsu published, as well as a more direct translation of what’s written.  Translation and analysis from him follows in the quote box, and in our gallery are the off-camera shots Danny took independently.  We thank Danny Russell for his efforts and hope to bring you more from Japan as time goes on.

New Sonic, more action. The latest entry in the Sonic series will be a refreshing action game.
The new setting for the game is at Eggman’s giant amusement park floating in space – “Egg Planet Park”.
In this entry, Sonic will make use of different colours, each with their own powers, that help him progress through each stage.
White Wisps are the aliens that give Sonic the ability to use these colour powers (red, yellow, etc.).
Sonic can borrow the Wisps’ colour powers such as the “Laser Form” which allows him to travel in straight lines at the speed of light (see bottom-right screenshot – seems to be a bit like moving around using a kind of automatic homing attack or using a chain of well-placed springs). There will also be a “Drill Form” that allows Sonic to move through the earth to access areas he couldn’t otherwise reach.
The DS version will use both screens to show the gameplay. The Wii version will be in 3D (see screenshots).
The game(s) will be out (in Japan at least) in Winter 2010.

Latest ASR Sales Estimates: Up in America, Down in Europe