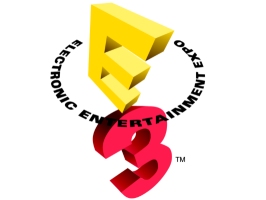 For years, now, Nintendo has had some of the weaker showings at E3. A typical Nintendo press conference involves lots of graphs, lots boasting, and maybe one or two trailers for the dedicated gamer. E3 2010 marked a pretty dramatic change to what seems to be the polar opposite. Their press conference started with a first-look at The Legend of Zelda: Skyward Sword for the Nintendo Wii. Designed for the Motion+, Skyward Sword provides 1:1 movement with Link’s shield and sword – though this was something even Shigeru Miyamoto was having trouble controlling, something he blamed on wifi interference from the crowd. To Miyamoto, Skyward Sword marks “a key turning point in Zelda.” There was a definite emphasis on using gesture-based controls, from everything to throwing bombs, using a crossbow, and snapping a whip.

Zelda was followed by a trailer “Mario Sports Mix“, a game that, rather than focus on a single Mario sport, incorporates multiple activities in one game, including Volleyball, Hockey, Dodgeball, and Basketball. After a brief showcase for Wii Party, a new family-oriented boardgame for the Wii and Just Dance 2, sequel to the original million-seller, Nintendo moved on to show a new trailer for Golden Sun DS, now subtitled “Dark Dawn“. Full 3D, touchscreen puzzles, turn-based RPG battles. Nintendo went from Golden Sun to show Goldeneye, a re-imagined version of the Nintendo 64 classic featuring Daniel Craig as James Bond.

Warren Spector stopped by to show a bit of Epic Mickey, though not really enough to judge much on – only to state that he hopes to make Mickey a top-tier videogame hero. Epic Mickey seems like it might have a lot of depth (characteristic to other titles produced by Spector), as you can splash paint around to create objects and paint thinner to erase them – and depending on what you create or erase, characters in the world will treat you differently, which can have an impact on the path you take through the game. From there, Nintendo revealed Kirby’s Epic Yarn, a new 2D sidescrolling game that seems to take place entirely on a piece of cloth. Kirby can whip objects with a strand of yarn, unzip zippers to reveal hidden areas, and wrinkle fabric of the level to create shortcuts.

A new Metroid Other-M trailer was shown, though not much new on that front – just more gameplay footage showing Samus switching between a third person view for traversing environments and using a first person view for scanning objects and making tricky shots. That was followed up with “Donkey Kong Country Returns“, which is exactly what it sounds like: a polygonal 2D Donkey Kong game in the style of Donkey Kong Country, this time by the team at Retro Studios.

But perhaps the biggest news of Nintendo’s conference was the unveiling of the Nintendo 3DS. The 3DS is roughly the same size and shape as a current Nintendo DSi, but with a few key differences: Not only is the top screen bigger than the bottom screen, but the top screen features 3D depth effects without the need for 3D glasses. Just above the D-Pad is a new “slider-pad” for analog stick controls.

In addition, the unit is both tilt and motion sensitive, and features not just one – but two external cameras, allowing users to take and view 3D photographs. Though Nintendo wouldn’t confirm anything, they did suggest that they are working out deals to view feature-length 3D movies on your 3DS, too. Finally done talking shop, Nintendo revealed their first 3DS game: Kid Icarus Uprising, developed by Masahiro Sakurai and Project Sora. Graphically, Kid Icarus meets a visual standard roughly similar to that of Sony’s PSP. With the Wii and DS, Nintendo had to re-build their reputation and focus on 1st party content – but now that they’re established again, they expect a larger 3DS third-party launch line-up than ever before. Not long after, a series of other 3DS games and third-party developers are rapidly fired off: Activision with DJ Hero 3D, Level 5 with Professor Layton and the Mask of the Miracle, THQ with Saints Row, Capcom with Resident Evil Revelations, and Ubisoft with Assassin’s Creed Lost Legacy just to name a few. Knowing that they can’t show the 3D effects on a big screen studio projector, 50-60 models fill the auditorium to personally demonstrate the 3DS to journalists while Zelda Skyward Sword kiosks open near center stage.

Sony’s press conference was in stark contrast to Nintendo’s high-energy offerings. By and large, Sony’s conference involved talking about games and features they’ve been talking about already for weeks, maybe even months, kicking off with a look at Killzone 3 in 3D.

What Playstation did for Blu-ray, they hope to do for 3D, and they’re pitching Killzone 3 as gaming’s equivalent to James Cameron’s Avatar. They run through a list of games “not adapted for 3D, but developed for 3D”, including Motorstorm Apocalypse, Killzone 3, Sly Cooper Collection, and Gran Turismo 5. This, in combination with the Playstation Move Motion Controller, offers up the most immersive experience in gaming. According to Sony, its Playstation Move is going to be the controller that bridges the gap between “casual” gamer and “hardcore” gamer. They showcase Sorcery, a game that translates Move gestures in to magic spells cast with a magic wand. Tiger Woods 11 is shown using Move for 1:1 motion-controlled golf swings. They tease a kid-friendly motion game called “Heroes on the Move“, featuring crossovers between Jak & Daxter, Ratchet & Clank, and Sly Cooper. Before they announced the price and release date for the Playstation Move, Kevin Butler strolled on stage and gave a rousing – almost patriotic – speech full of digs at Microsoft, loving gaming, and loving your fellow gamers; even if they are “casual gamers”. Kevin left the stage, among cheers and applause. If you already own a Playstation 3 Eye, the Move controller is only $50 (plus an additional $30 for what is essentially the “nunchuck” half). If you own a Playstation 3, you can get a Playstation Move bundle for $99, which comes with a PS3 Eye, Move Controller, Nunchuck and a free game. And, of course, if you don’t own any of it, there’s an entire Playstation 3 console bundle with all of the Move stuff for $399.

Moving on to the PSP, (which “remains the #1 platform for serious gamers”, says Sony CEO Jack Tretton) Sony introduces what is to be Kevin Butler for the PSP: Marcus. They show a short where Kevin Butler hires Marcus to get people fired up about the PSP, though Kevin almost seems to be afraid of Marcus.

Marcus constantly shouts at PSP owners to “Step their game up” and play “serious” games on their PSPs instead of messing with the competition. A PSP game montage follows: Modnation Racers. Ace Combat. Dragon Ball Z Tag Team. Hot Shots Tennis. Kingdom Hearts. PSP Eyetoy games in the form of The InviZimals and EyePet PSP. Parasite Eve: The Third Birthday. God of War: Ghost of Sparta. Patapon 3. When that’s over, we’re back to the Playstation 3 again to look at LittleBigPlanet 2 and some of the new features. As Sony has been celebrating, LBP2 lets you create not just platformers, but any type of game at all – and we’re given glimpses at racing games, overhead shooters, singleplayer levels, multiplayer competitive levels, and even an RTS. From there they announce the launch of “Playstation+”, the long-rumored PSN subscription service. For $50 a year, users will get access to exclusive “full title” demos (the full game on a timer), beta tests, and even one complete free Playstation Network game each month – starting with Wipeout HD. From there they run through a bunch of trailers for games we’ve already seen at other events, though most of these have Playstation 3 exclusive content: Medal of Honor comes with a free remastered copy of Medal of Honor Frontline, Dead Space 2 will have a PS3-exclusive Special Edition that comes with a Playstation-Move-enabled version of the Wii’s Dead Space Extraction, and Portal 2, after a long-standing grudge between Valve and the Sony, will be coming to the Playstation 3 and bringing with it Valve’s Steam service. Mafia II will be getting free PS3 DLC, and Assassin’s Creed Brotherhood will be getting free DLC and an exclusive multiplayer beta. Trailers for Gran Turismo 5 and Infamous 2 are shown, with Gran Turismo looking like Gran Turismo and Infamous 2 featuring not only new weapons and now Ice Powers (on top of the existing lightning powers), but also giant monsters to battle. The final game revealed is David Jaffe’s worst-kept-secret: a brand new Playstation 3 version of Twisted Metal. Very fast-moving, very tight controls, now with flying vehicles and team based multiplayer modes.

And that brings the E3 Press Conference Gauntlet 2010 to a close. With E3’s show floor open to journalists, hands-on impression of all these games and more are already pouring in. We’ve seen not only Microsoft’s Kinect, but the Playstation Move and Nintendo 3DS, and whatever sleep deprived madness I had to endure, I certainly enjoyed myself, and I hope you did too.