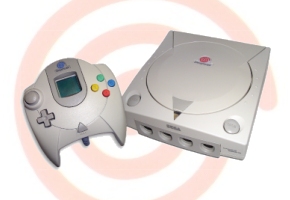 Company re-iterates its devotion to software

It seems like every now and then you run across a story – or more specifically a rumor – that Sega’s going to be re-entering the hardware race after they bowed out in early 2001. The legendary “Dreamcast 2” frequently brings with it spectacular games, like the long-awaited Shenmue 3 and whatever other pie-in-the-sky hopes you can think of. According to CVG, that rumor mill was churned just a little bit more sometime last week, as word on the street said that Sega had apparently signed a deal with a UK-based 3D hardware manufacturer with the goal of re-entering the console businss.

When CVG grilled Sega West President Mike Hayes at E3, Hayes reportedly laughed off the claims and re-iterated the company’s stance of being a software company. “We certainly won’t be getting back into hardware, that’s for sure.”, he said.

So that settles that – for the next six months, anyway, until the next “Sega’s making new gaming hardware! Dreamcast 2!” rumors and subterfuge start to pile up again.