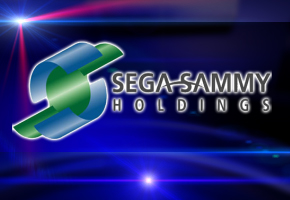 All components of the business met or exceeded estimates and expectations through the quarter, including the amusement machine sales and operations component.  Consumer business–were Sega’s home video games fall under–still reports an operating loss, however.  Though less than expected, the division still lost ¥1.3 billion for the quarter–about $16.15 million.  That, on sales of ¥38.7 billion.  It is still a fair turnaround from Q2 2010, however–when Consumer Business lost over ¥8 billion through Q2.

Sales on home video game software was also down from expectations, selling a net of ¥18.7 billion, or over $232.4 million through the quarter.  Full year sales projections for the games and for the Consumer Business division have been revised downward as a result.

The weakest sales, ironically, have been in Europe, where both it and America are ultimately managed from.  2.15 million units were sold there, not quite at expectations.  All other territories beat predictions to the point where worldwide video game sales did rise above expectations, at 6.6 million units of software through the quarter.

Platform wise, software on all but the Playstation Portable, which had three marquee titles to its name in Japan, failed to sell to expectations.  Picking up the slack was the “Catalogue” category–re-releases of Sonic and the like–which clocked in sales of 3.35 million units, over a million above company expectations.

Still, the news excited investors Friday.  SGAMY stock closed up more than two and a half percent Friday to $4.05 a share.  The stock even touched a 52 week high during the day of $4.09–something Sega Sammy stock has been doing a lot of lately.