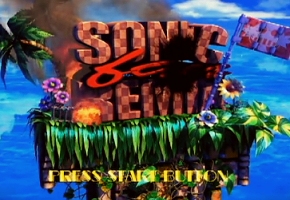 What is and Isn’t to Come from Anticipated SFG

While a lot of praise has been given far and wide for Sonic Fan Remix, there hasn’t been a ton of discussion as to the next big step after the demo release last week.

Enter Brazilian based website Finalboss, which scored the first post-demo interview with the game’s principal creator Pelikan13.  Released in Portuguese, there are a few details worth knowing right off the bat; for one, he hasn’t received any legal threat of any kind from Sega.  The demo release’s timing to Sonic 4‘s release is also coincidental, in his words.

Regarding the game, Pelikan13 says Tails will be a part of the finished product, as will classic power-up monitors.  Recreation of a special stage format is possible but don’t expect a versus mode of any kind–in particular Sonic 2’s–as Pelikan13 says this will be a mix of stages from an array of classic Sonic titles.

“I plan to include a lot of things,” said Pelikan13 regarding homages to the classics.  That includes Super Sonic, which is planning for the final release.  The whale seen crashing through one of Emerald Hill’s stages in the demo was a deliberate call back to Sonic Adventure, the creator explained.

The interview can be read in full at the second link cited above.