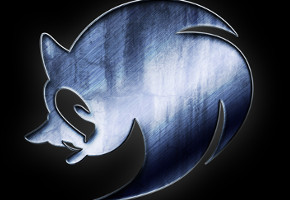 The Lines are Recorded, But How Will it Sound?

This week, one of the many steps toward the completion of Eddie Lebron’s Sonic fan film was documented on the official website portal: some dialogue recording.

But these lines weren’t recorded by just anyone.  Jaleel White went into the studio to cut some lines, and so says LeBron, he’s still got that Sonic spirit:

To no one’s surprise, he still has it.  “Sonic” comes so naturally to him that he was able to do it both classically and fresh.  He knew how to deal with the character in both senses.  Overall, an amazing experience and during breaks, we chatted and had a few laughs.  Such wonderful [sic] pleasure to work with him and I extend my biggest gratitude to those that represent him and Jaleel himself.  Wonderful people!

You’ll note in those remarks that the lines were delivered two ways–the SatAM classic way and a modern take.  The jury is still out on which take Lebron will use.

Production continues on the Lebron fan film, as it does on Kuta.  We’ll keep you up to date on both here.

Fate of Perfect Chaos In Your Hands?