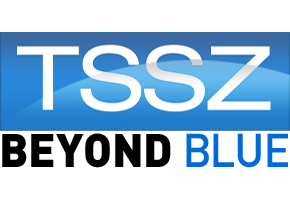 The past year has been quite a ride.  We’ve been witnesses to leaks, conflict, broken promises, attacks, legal threats, actual litigation, more leaks, cronyism, contradiction, hypocrisy, revival, rejection, favoritism…did I mention leaks?  TSSZ News has been there to bring it all to you, and frankly, I think all of us on staff, including myself, did an unmatched job.

We did it all despite a flurry of legal threats directed toward this site, the bulk of which we believe were less based on principles of law, and more based on spite and chilling effects.  They included a threat from Kevin Eva from our legal uncovering of the remaining roster from Sonic & Sega All-Stars Racing, which we called him out on, which in turn many of you supported.  They included many notices and even a call from Sega’s outside counsel regarding our coverage of Sonic 4’s leaks–leaks which did not originate from us, I might add–and we stood our ground.  That stance was rewarded when we soon uncovered that Eva, himself trying to control those leaks, rewarded Sonic Retro’s webmasters with gifts while they were touting said leaks for several weeks.  We didn’t hear much from Sega’s lawyers after that, and Eva’s now looking to jump ship from Sega Europe; I can’t imagine why.

We may have singlehandedly derailed what was at one point the most anticipated Sonic fan game after one of its programmers left, only to have several more fill those shoes.  We were at the forefront of bringing you developments on the revival of Richard Kuta’s fan film–something mocked at first but now receiving a fair bit of attention and support, along with Eddie Lebron’s fan project.  We may have forced Sega to change its promotion practices when it comes to websites and teases, only to have data mining become commonplace throughout the community.  Most of all, we may have forced Sega to take a side.  Personally, it doesn’t matter to me whether Sega or their community team wants to help our efforts to bring you Sonic and Sega news; we’re doing just fine without them.  All I know is they’ve chosen to support places and people that were at the forefront of some of their most precious asset leaks, and I cannot wait for those alliances to be tested when the next big one comes along.  And honestly, if the purpose of those partnerships is of pure appeasement, making the community team’s jobs easier rather than a true effort to work together, perhaps our independence is for the better.

That’s a shame, because we’ve been on top of many positive inroads, many of which both Sega and the community refuse to acknowledge.  We again covered the Sonic Amateur Games Expo with unrivaled detail.  We again made the trip to New York City to cover New York Comic Con 2010, giving both Sega and Archie Comics a great deal of exposure.  We were the only source of our kind with a presence at the Tokyo Game Show this year, including a sit-down with Takashi Iizuka.  We’re always passing along developments from the annual Sonic Relief campaign.  We make sure you’re up to date with Summer of Sonic, even as its organizers pretend we don’t exist. We give fan projects and fundraisers of all kinds of exposure they may not otherwise receive without our coverage.

So, why all the hate?

Maybe it’s because we’ve been right a lot of times this year, and there are people out there who just can’t stand that.  We were right about Sonic Colors’s original focus toward children, so much so that Sega West’s president confirmed it, and the rest had to reverse course on it midway through the promo campaign.  We were right about the changes planned for Sonic 4, two and a half months before anyone at Sega said anything specific about it.  Clearly, we were right about the final ASR roster with all the attention that received.  Oh, and I was also right about Outlaw.

Maybe the hate’s due to my occasional haughtiness, which I admit is more prevalent than I’d like.  I’m not perfect, but frankly, neither is anyone else in power in this community.  There remain people who hold on to my thoughts on Chronic Fatigue Syndrome like it’s a rosary.  Maybe it’s because I’ve worked hard for everything I enjoy in my life, including the success of this site, that gives me cause to question.  Your opinion may differ, and that’s perfectly acceptable.  If that’s the one wrinkle I have in my almost universally tolerant persona, I don’t consider it a dealbreaker.  It’s not like I openly chastise non-English speakers or anything.

Or, maybe people are hating simply for the purpose of hate.  This is the Sonic community, after all; a base long scorned and repressed.  It doesn’t take a lot to set people off.  I knew that going in, and going in the direction we have.  I should expect no less than ridicule for not fitting into the normal.

That’s the funny thing, though.  The beauty of this year is that this site has changed what normal is, in terms of news delivery.  The Sonic Stadium never put as much resources into newsgathering as they did this year, when they saw what we were doing.  Sonic Retro never put effort into its front page until this year, even though I don’t consider half of what they put up there “news” per se.  Still, everyone had to step up their game because of us.  They’ll never admit it, but make no mistake: Our presence keeps both them and us working harder to bring you stories.  That can only be a good thing.

For that reason, our continued influence is good.  It keeps information flowing.  It keeps us asking questions.  It keeps all of us working harder to bring you more.  That’s something all of us can get behind.  Are we right all the time?  Of course not.  That said, “TSSZ is Wrong” is quickly withering away as rationale for critics to use against us…as are most other straws they try to grasp on.

Clearly, some of you must think we’re doing something right, or you would not have patronized us as much as you have this year.  In February, the month Sonic Stadium tried to antagonize me for my remarks on CFS, it also happened to be at the time our highest recorded monthly readership on record–even beating TSS for that month.  That record fell in October, the month after we were attacked.  In all, as of this writing, 3,115,560 people visited here over the course of the year.  That’s a more than 84 percent increase versus last year.  It is also some 74,000 more than those who visited Sonic Stadium.  Not a huge margin, but enough that we thank you for making TSSZ News the leader in Sonic and Sega news for 2010.  Above all else, thank you for proving to me, to the staff, and to the world that the type of reporting we do here is viable.  It’s not always pretty, but news isn’t supposed to be.  Don’t like it?  Go to Sonic Retro’s Oldbie Forum and complain.

So, what of 2011?  I’ll say this much: As most know, I do allow a lot of criticism on this site and, as I moderate comments, I also read it.  I’m not oblivious to some of the core complaints people have about us.  I’ve experimented with adjusting to those ideas over the course of the year, very slowly and without much fanfare–after all, I’m not one for announcements of announcements!  But…well, let’s say that, if all goes according to plan, some may be pleased with what’s to come beginning next week.  Our story graphic up top is a small hint.

In closing…thanks for sticking by us the past year.  I know I’ve not made it easy, but hopefully what we have to offer supersedes whatever you think of me.  We’ll keep chugging along in 2011, and with Sonic’s 20th anniversary on the horizon, it’s sure to be a fun ride.

Hoaxbusters: Behind This Fake Sonic Screenshot