As of this article’s publication, someone at Archie believes Sonic is celebrating his 25th anniversary instead of the 20th this year.

Most will disregard, however, because the gaffe was made in the mid of dishing some dirt on the pivotal 225th issue, which will be released in mid-May.  The beginning of Genesis is a doozy, with Sonic joining forces with Ixis Naugus to combat Eggman’s new doomsday device.  Ian Flynn penned the script.  Tracy Yardley, Matt Herms, John Workman, and Terry Austin handed art inside the cover, while Spaz is responsible for the extra large cover spread.

That cover, clean and watermark free, is below, following Archie’s synopsis–minus the mistake. 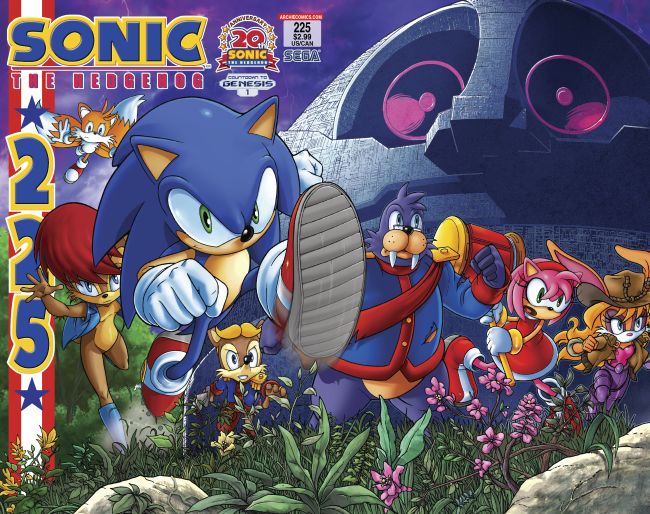