Your First Glimpse at the Scourge Arc

Released to the wild today was the cover art for Sonic Universe #29, which begins the four series Scourge arc.

We don’t have a synopsis just yet, though we’ll update this once made available.  For those unaware, Scourge is an evil form of Sonic from an alternate universe, Anti-Mobius, which he calls Moebius.  Scourge is a bit of a troublemaker, and he is the head of the Suppression Squad.

Check out the cover below. 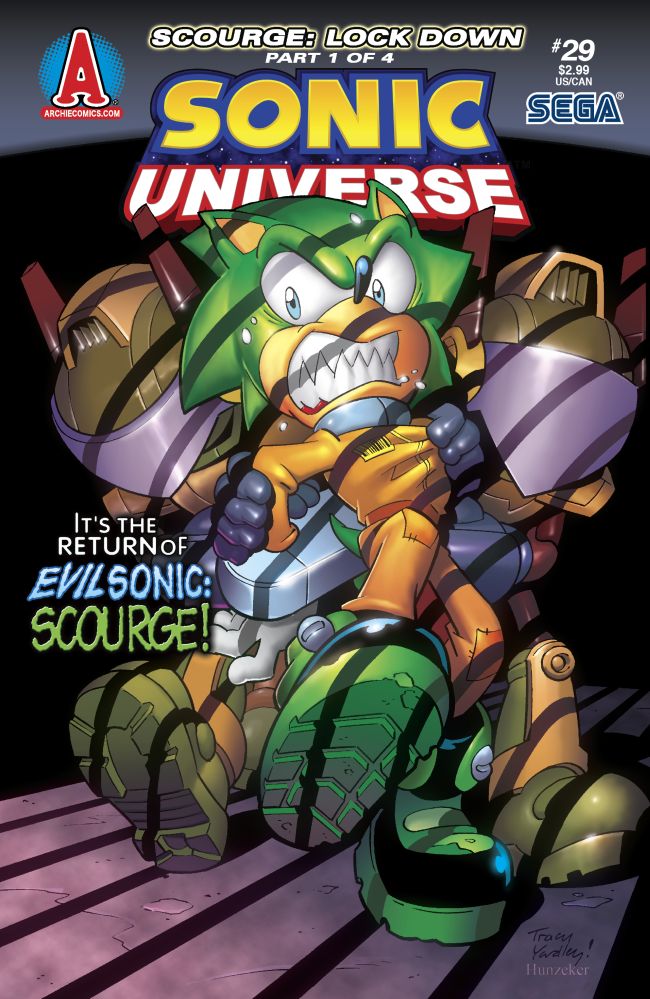