Blink and you’ll miss it.

I certainly did. Snuck in at the end of the latest City Escape trailer for Sonic Generations is yet another stage confirmation, this time for Modern Sonic: Sonic Unleashed‘s Rooftop Run. 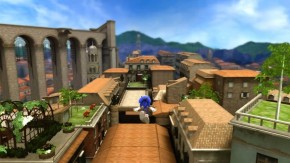 Judging by the image, this isn’t just a straight port of an existing Sonic Unleashed level, either, though nobody would blame you for thinking that. It’s definitely a brand new stage set within the “Spagonia” locale from Sonic Unleashed. For the sake of visual comparison, this is SU‘s Rooftop Run: 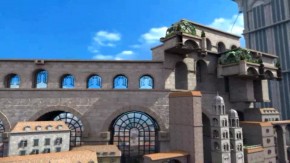 Definitely the same locale, though it’s worth noting that the Generations version features more saturated colors and warmer tones. Between the 3DS and console versions of Sonic Generations, that makes three city-based levels – and rumors are suggesting there may be more. Rooftop Run also rounds out the stage confirmations for the console version of Generations, with one Classic Zone, one Adventure Zone, and one Modern Zone. What gets unveiled next is anybody’s guess.

But we’ll keep you posted.

Sonic SXSW 2017: Shun Nakamura Is The Producer For Sonic Forces