See how Green Hill runs on your system

Not to get too preachy here (though it is SOPA protest day), but I’ve held the belief that one of the easiest ways to help curb videogame piracy on the PC is for companies to release trial versions of more games. With the way gaming on the PC works nowadays, there’s almost no telling how well any given game will run on one’s system, and releasing a demo version answers that question as clearly as possible. Otherwise, you risk buying a game you simply can’t play and can’t refund. It’s not difficult to see how piracy might factor in to that kind of situation.

It may be over three months after launch, but for those of you wondering how Sonic Generations would run on your PC, wonder no more, as a free demo has been published on Steam for you to try out. Even if you don’t meet the system requirements, it may be worth your time to try the demo out regardless – it’s quite a good port, and isolated reports would suggest that it can run acceptably on lesser hardware. And if you do actually meet the system requirements, enjoy a taste at what might actually be the ideal version of Sonic Generations – in addition to running at higher resolutions, the PC version of Sonic Generations also can also run at a much smoother framerate, which does all sorts of fun things like make the controls a bit more responsive, and so on. 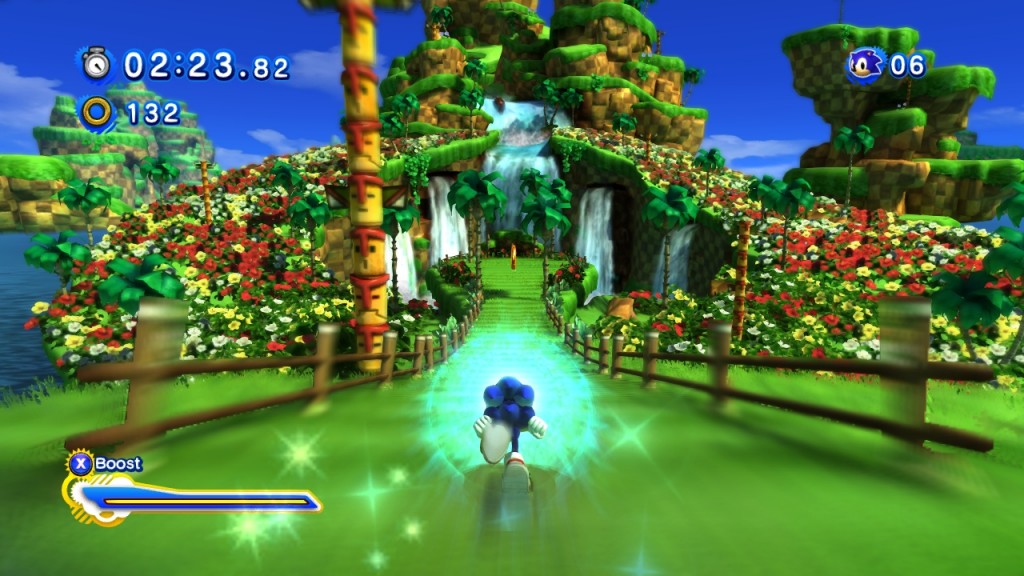 Running at twice the framerate of the console version, the PC port of Sonic Generations is a sight to behold.

Now Sega just needs to figure out what happened to the Casino Night Zone DLC and the PC release of Sonic CD.