New Details on ASR Transformed for Wii U

How the GamePad Enhances Gameplay and Mini-Games

In addition to this morning’s trailer reveal, IGN has also released a new preview of Sonic & All-Stars Racing Transformed‘s Wii U variant.

Writer Daniel Krupa notes the port looks as nice as its XBOX 360 and PS3 counterparts, it’s the GamePad that may set this version apart.  Players can race even when the TV is off; when on, the main action can be shifted to a local pad, or be used as a HUD.  Krupa noted a unique use of the Pad in one of ASRT’s mini-games:

I only saw one during my time with the Wii U version, called ‘Super Monkey Ball Arena’, and whomever had the GamePad took control of AiAi, who was as usual encased in his perspex sphere. Meanwhile, opponents using Classic Controllers played as Sonic and Tails in racing cars. The aim of the mini-game was simple: before the time ran out, squash the tiny versions of Sonic and Tails, who were driving around attempting to collect as many bananas as possible.

Revealed during Krupa’s play-through was a revamped Seaside Hill.  A screenshot is below.  We have since learned Seaside Hill will count toward the 16 main tracks and not the four “Retro” themed stages Sumo has planned for the finished product.

It appears this week will be a big one for ASR Transformed developments.  We’ll be here to bring it all to you.  Thanks to all who sent this in via E-mail news tips and Twitter. 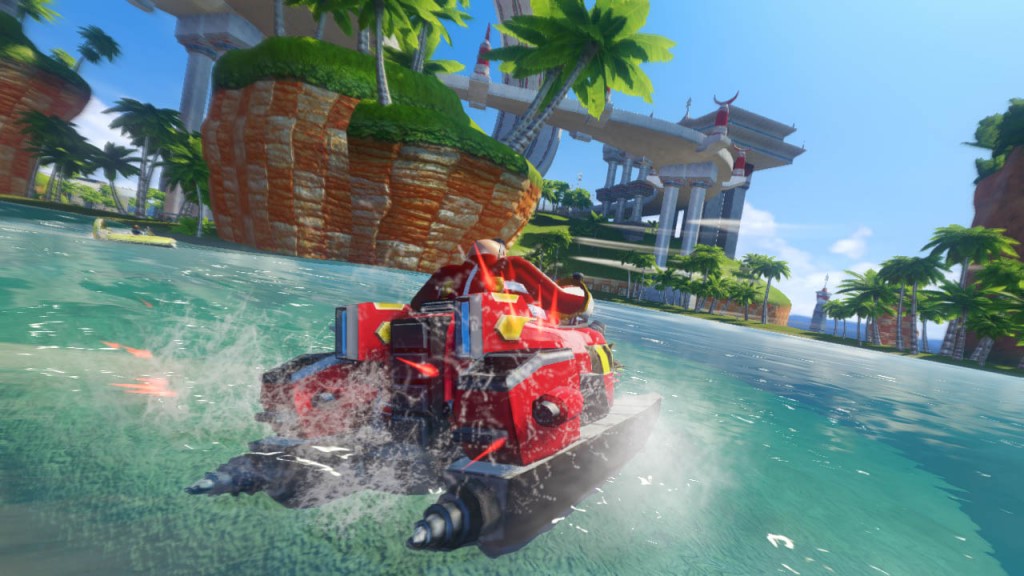