A Lost World, a Found Soundtrack

Last week, we brought you information about Sonic Lost World’s Japanese release details. But we’ve since learned about an extra that pre-orders in the region will receive. 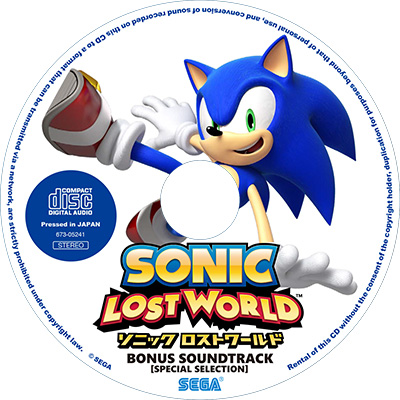 You’re look above at a Special Selection Bonus Soundtrack that we assume will only be available to those who pre-order the game’s physical copy in Japan.  It’s not clear whether a similar bonus will be available outside the country, but even for those not there, it may confirm that a complete OST is in the works for separate release.  We will be sure to keep you informed on either front.