“I got to fulfill a childhood fantasy”

Yesterday, you saw a first look at the cover to Sonic #258, which will be out in February.  But you may not have known the familiar name behind the special artwork.

On his DeviantART page, Boxer Hockey creator Tyson Hesse revealed he is the artist behind what will be the issue’s main cover.  You can see a cleaner print of it below.  More discriminate Sonic fans will recognize Hesse’s work from his humorous strips depicting classic Sonic in 2010, with parodies Nipples the Enchilada and Bat-Face the Rogue among other parodies.

Of the commission, Hesse noted:

This year I got to fulfill a childhood fantasy and do a cover for Archie’s Sonic the Hedgehog comic series.  Growing up it was one of the only comics I read and spent much of my youth looking up to many of the featured artists and their different styles.  I can easily say that the book is better than it’s ever been now with a dedicated team of artists and writers that really put forth their best efforts every month.
So yes, I felt a little pressure going into this.  But I hope you like the end result.

Archie has expanded its artist talent pool of late, a bright spot amid a trying time where the comic’s canon has essentially been reset twice in two years by writer Ian Flynn over the Ken Penders dispute. 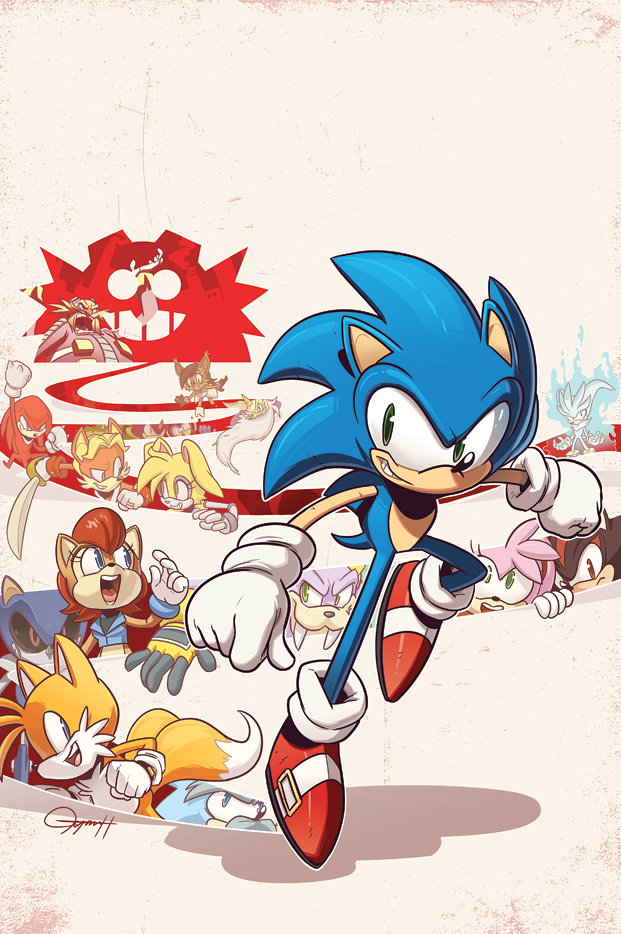 Poll: 80% Do Not Believe Sega has Neglected Modern Sonic Fans

Sonic 25th Party: Iizuka: “There Are No Plans To Make SA3, But I’d Like To Make It In The Future”