If you told me a week ago that I’d be sitting here writing about the a bone fide Sonic The Hedgehog reboot, I’d have called you a silly billy. Yet here I am, and here we are, discussing Sonic Boom.

But before I go ahead and share my humble opinion on the non-future of the previous Sonic the Hedgehog series, here’s what I think of the new one:

I don’t know what’s going on with the tape/ bandages, and some of Sonic’s facial expressions during the TV show trailer gave me eerie flashbacks of Sonic 2006, but on the whole I dig what Sega are doing with Sonic Boom, even if it isn’t actually straying all that far from Sonic the Hedgehog‘s previous incarnation.

It’s hardly surprising that some Sonic fans have found Sonic Boom a bitter pill to swallow. I’ve seen fans become fearful over the fate of Rouge the Bat and Silver the Hedgehog, fans who’re distraught that Sonic Boom isn’t “Sonic Adventure 3”, and even fans who’re who are genuinely angry that Sonic’s arms are now blue. I find all such arguments completely nonsensical yet simultaneously unsurprising – after all, it’s the small minority of extremely vocal and overly finicky Sonic fans that the entire Sonic community has become known for.

But what I find most interesting about this situation is the peculiar compromise  some Sonic fans have collectively reached regarding the future of the previous Sonic series: that there are now two Sonic “canons” existing in parallel.

In a fascinating sociological display of the age old principle of “the path of least resistance”, Sonic fans have cherry picked snippets of information from various Sega press releases, interviews, forum posts and tweets while disregarding all other information in order to convince themselves that Sonic Boom and the previous Sonic series can still exist in tandem.

But of all of Sega’s comments on the future of the previous series, most disgruntled fans are clinging onto two utterances by Sega officials – neither of which suggest that the previous Sonic series will continue.

The first is an untranscribed part of Takashi Iizuka’s interview with Polygon in which he allegedly states that Sonic Team will be developing games in parallel with Sonic Boom games. The second is half a sentence from Sega of America COO John Chen and captured by Destructoid: “Sonic Boom will not be replacing the original franchise”. 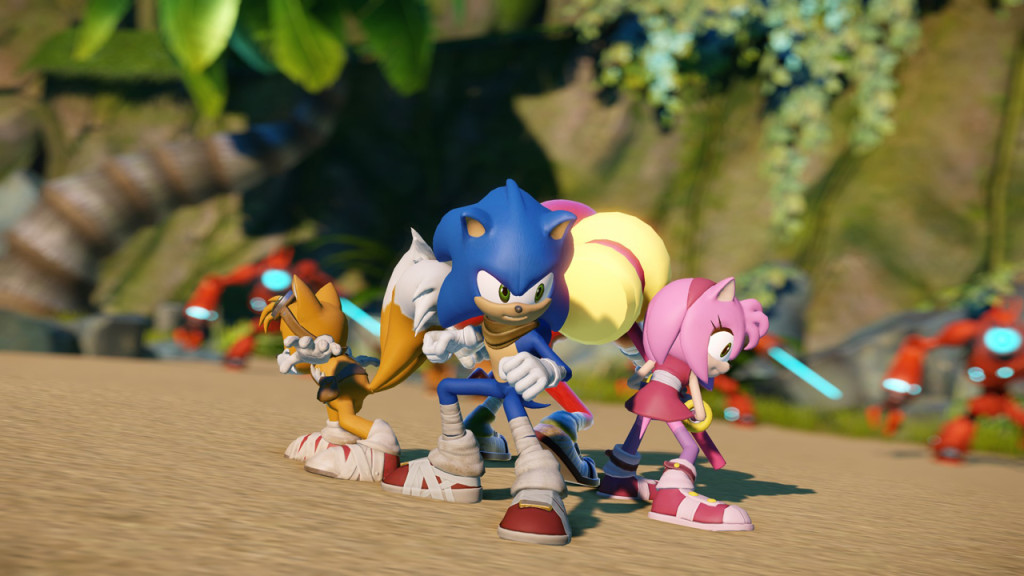 Now, it’s true that the Sonic Boom television series and videogame aren’t planned for Japanese release. It’s also true that the Sonic Boom game won’t be developed by an in-house Sega team. But there’s no way on Earth that Sega would be so foolhardy as to split and fragment the globally iconic Sonic the Hedgehog brand between different regions of the world.

Here’s what I think: Sonic Boom is a test.

It’s plain to see that a complete Sonic the Hedgehog franchise reboot has been on the cards for some time. Sega already tested the waters with Sonic Colours and the more recent Sonic Lost World – both of which attempted to re-imagine Sonic’s world without the baggage spawned from Sonic Adventure‘s so-called “canon”. And according to Big Red Button Entertainment – the developer of  Sonic Boom for the Wii U – the project has been in the works for over two years.

In my opinion, Sega are hoping that a more Westernised reinvention of Sonic the Hedgehog will catch on with the same audiences that fund the likes of Ratchet & Clank, Jax and Daxter and Sly Cooper – all of which have found success in the West before being taken up by Japan. If successful, the Sonic Boom series will continue with Sonic Team developing Sonic Boom spin-offs in parallel to the series’ development in the West.

If Sonic Boom were to fail – which I most certainly hope it does not – Sega will likely go for an instant cash grab and release HD “remasters” of Sonic Heroes and Shadow the Hedgehog in a similar fashion to the lacklustre HD ports of Sonic Adventure and Sonic Adventure 2. The aforementioned embittered Sonic fans will then proceed to scream “I TOLD YOU SO!” repeatedly in unison, while a tired and defeated Sega wring their hands apologetically while reminding everyone what John Chen said to Destructoid that one time.