Ready to Race for One More Expo 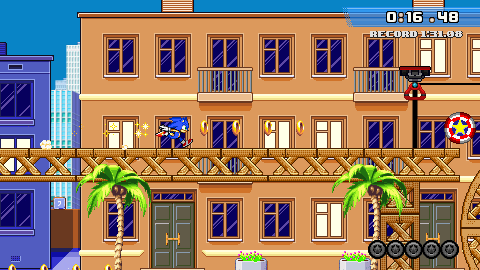 It is one of the few SFGs out there with less of a focus on platforming and more on pure racing.  That focus hasn’t waned since we last saw Game Land in 2012:

Sonic the Hedgehog — Game Land is an incomplete Sonic fan game which builds on the events of Sonic Colours, telling the story of a planetoid named “Game Land”. The gameplay style is influenced by the official game titles Sonic Rivals and Sonic Riders. Race and battle your opponents across 5 graphically polished zones as 6 playable characters!

A playable demo and more screenshots are available at the Game Land SAGE booth.  Later today, Michael Westgarth will have an interview with the SFG’s creator, Valerii.