The Future of Predator: Fire and Stone

In part 2 of our interview series with writer Joshua Williamson, we discuss the future of the Predator comic franchise and what fans can expect to see during the Fire and Stone crossover event. If you missed part 1, you can catch up and read it here. 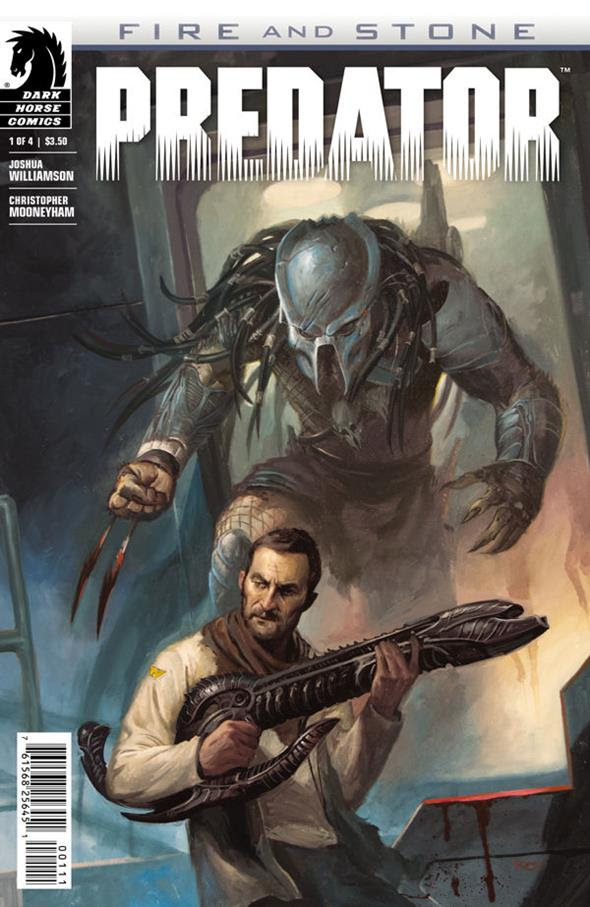 Williamson has a unique Predator story to tell in the Fire and Stone crossover series.

TSSZ: What can fans look forward to in terms of your contribution to this massive crossover? What are you looking to bring to the table in terms of shaping Predator into this huge event?

Williamson: We were trying to create a Predator who was unique and stood out. Dark Horse has been pretty good about creating Predators that could go on to other series, and that was really important to us: to create a great Predator, which we did. I mean, Fox made a toy of it! 20th Century Fox made a toy out of this, and the book’s not even out yet, because we created this Predator who hadn’t really been done before.

He’s sort of an old, on-his-last-legs Predator who had one last hunt in him and was sort of broken, in a way. He had that one thing he wanted to do, and so that was something that we were trying to bring with him. I was really trying to show that we weren’t doing a throwaway Predator story. I wanted to make sure it was a story that mattered and counted. That’s what we were trying to do in bringing him to this big universe. I think, if you’re a fan of Predator, you get what you want.

Let’s say I wasn’t working on it, and I bought this Predator comic. There would be certain things I would want to see from it, you know? There’s certain fan service things. It’s like, “I want to see the Predator fight somebody! I want to see him kill somebody. I want to see him use all these different kinds of tools.” I made sure all those things for the fans were in there. If you’re a fan of Predator, there’s going to be stuff for you. You’re going to have a good time with it. You’re going to see a Predator hunt, because that’s what Predators do. They hunt.

TSSZ: It sounds like you’re really respecting the franchise, and that’s great to hear. Insofar as the actual genesis of this crossover event, do you know how long it’s been in development and when you were brought on board to be a part of it?

Williamson: The first time it was brought up to me was in 2011. It was the end of 2011, and it was more of an idea of doing an Alien or Predator book. It came up again in 2012; it was one of those things that kept coming up…now that I think about it, it makes me think of how long ago it was! In the beginning of 2013 was when it really started coming up again. We knew we were doing it, and the pieces were coming together. I remember sitting at Comic Con last year, and it felt like, “These are the people that are working on it. I think there’s a plan. There are things that we’re going to do.”

TSSZ: You get passionate about it.

Williamson: Yeah! So I knew it was coming about a year ago, and then we started meeting up. In that first meeting, we figured out who was going to do what, and we went from there.

TSSZ: It’s been in development for a few years, and since you’ve been working on it for so long, I’d imagine that having it finally come out for the public to enjoy is really exciting. What are you personally most looking forward to in terms of this whole series?

Williamson: Awh, man! I don’t know if I can tell you! There’s a sequence in issue three that we talked out in the room; we all knew what the end of issue three would be, and in my head, I immediately had a visual. I immediately knew how I wanted this thing to happen. From the very beginning, I knew the series was building to this moment. I finally saw the art for that page the other day, and I was like “We did it!” So, finally having that out there, that moment we’ve been talking about for a year, is really exciting to me.

The first issue of the Predator: Fire and Stone series will be available on October 22nd, and that exciting third issue will be released during the third week of December.