As we featured recently, Skye Meredith’s Rocket Ship Resort has a new EP called Megaheart coming out on June 2nd. We recently sat down with Skye to discuss the new album, his journey as an artist, and his unique do-it-all-yourself approach to music production.

TSSZ: Congratulations on Megaheart being so close to release! How exciting is it for you to have a project like this so close to public consumption?

Skye: I’m so stoked! A friend of mine asked me to try and quantify how excited I am on a scale from one to ten, and I think I accidentally pasted something in from my clipboard…something like an infinity symbol and an apostrophe, so whatever that means is how freaking excited I am for this! It’s awesome because I know you guys did a feature on Rocket Ship Resort before, but that was a few years ago, and RSR has come a really long way since then. This EP is definitely a flagship release for RSR. The production has ramped up so much, and the buzz around it has been incredibly gratifying and humbling and exciting. I have guest art from some of my heroes, and it’s been a really exciting experience. I can’t wait to get these songs out there. I’ve never been more excited about having people hear my stuff!

TSSZ: Fantastic! We’ll double-back to our original RSR spotlight later, but before we do, let’s go all the way back to the beginning. When did you first decide to go forward with RSR as its own distinct entity, and why?

Skye: That’s a loaded question! In my experience, when you’re thirteen or fourteen, you end up getting into “bands” with friends. They weren’t really bands – you’d hang out, you’d eat pizza, you play really bad covers of songs for five minutes, and you’d go back to eating pizza. I tried doing that for a while – my first effort was called No Crossing – we had no musical chemistry at all, man. We came from completely different backgrounds. I think, after eight months, the only thing we could play was a half-finished cover of All the Small Things by Blink-182. That was our pedigree.

I ended up not hearing from any of those guys over the summer, and when I caught up with them, they had apparently started a completely new band with everybody except for me! That was when I figured out that I had a very particular vision for what I wanted to do, even though I had no idea what I was doing at the time. I then learned how to do everything; I’ve sung for my entire life, but that was the point when I learned how to compose, play, mix, and master, and I still do that to this day with RSR! I do all of the vocals, lyrics, instrumentals, mixing, mastering, artwork, and web design. If RSR used smoke signals, I’d probably send those out, too.

TSSZ: Since you do take that completely DIY approach, do you find it to be any more challenging than it would be to bring other people in to collaborate with, or do you prefer, in some ways, to do it all yourself?

Skye: It’s both. It’s definitely way, way more challenging. You’re doing the work of five to eight people and there’s so much that you have to learn and agonize over – every little detail, really – whereas if you’re a bassist or a drummer, you go in there, play, and you’re like, “Okay! I’m good!” Because RSR has such a vibrant and energetic sound, there’s so much work that goes into every single second of music. It’s a tremendous amount of work, but it’s also really gratifying and rewarding if you know exactly what you want to do, and that’s the toughest part. If you know exactly what you want to do, then the only barrier to doing it is yourself!

But this seems to be working! I started doing this for myself and a few friends and whoever else would listen. I put it online, and suddenly I got people sending me letters – literally, like, in the mail. I don’t know how they got my address. I’ve heard from people in Denmark and Japan, even from Sonic Team! It’s amazing how all of this has happened. It completely blows my mind every day. I’m trying to figure out how to internalize it all.

Skye: Yoshihisa Hashimoto, who worked on Sonic Unleashed, noticed it on Facebook and sent it out to Sonic Team, who were really receptive. Naoto Ohshima and I became friends later. He’s a wonderful soul, the friendliest guy I know!

TSSZ: You mentioned that you have your own vision and distinct style that you chase. What draws you specifically to this style over anything else you could be doing? 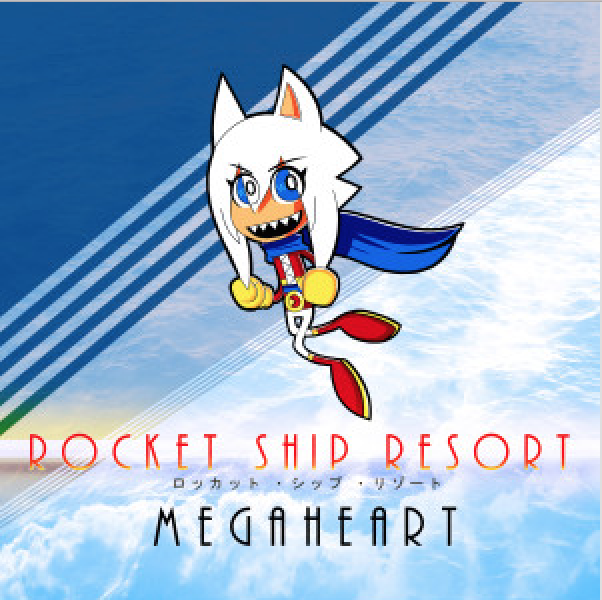 Megaheart comes out on June 2nd, and it’s RSR’s most polished work to date.

Skye: I’ll go back to what Megaheart is for this one, since it’s the flagship of what RSR is – especially because this is how most people will hear of RSR. Megaheart is this burst of this particularly unabashed energy, and RSR in concept is about those moments that make your heart beat as fast as it can – where love is taking down battleships, sleeping by rivers, driving in a gnarly grand prix, writing stories for a ghost, and dancing with a girl made of wind itself. It’s inspired by sweeping theatrics and fast punk rock and old video games, but I want to carry a specific spirit with that.

I hesitate to use the word “chiptune” because that usually implies that it’s either about games or adheres to a particular sound. I want to capture the spirit of what those games are. Even if I use some of that original sound hardware, my point is that what that spirit makes me feel is what I want to put into sound. The major success that RSR has had is that I’ve been completely unwilling to say, “You’re right. This is not how you want it to sound, so I’m going to change it.”

TSSZ: So you’ve really stuck to your guns in that regard.

Skye: Yeah! It took a really long time because, as I started getting into music, I found that within certain music scenes, people would say things like, “Oh, this isn’t real enough!” or “This has to have my particular definition of what makes it organic or unique!” You can apply that to anything, though, not just music.

There’s this old theme in the punk rock community where people would think you’re not punk enough because you don’t have this mohawk or these pants or these patches on this leather jacket. That’s ridiculous, of course, because the whole point is to not be uniform, to do your own thing.

TSSZ: It sounds like you’re chasing that well thus far. When we first featured you, we primarily used songs off of Dream Catcher, your album from many moons ago. If you compare the work on that album to something off of Megaheart, there’s a definitive jump in quality across all aspects of it. Taking all of that into account, how do you feel you’ve evolved as an artist alongside the quality of your work? 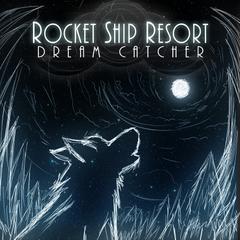 In the years since albums like Dream Catcher, RSR has improved considerably.

Skye: First of all, thank you, I really appreciate that! All I can really say is that I push myself as hard as I can. I am my own worst critic at all times. I wish I could say that I sat down and read something or took a class to improve, but I’ve never taken a class and I don’t know a bit of music theory other than knowing something needs to sound as it does in my head. It needs to sound like it means something to me, at which point I hope that it can mean something to someone else. The particular evolution that the music has taken has come by becoming much more deliberate. I know that’s not a tangible term, but I think you can hear that in the immediacy and the fieriness of it. I’m always trying to kick it up a notch!

Another Sonic Collection Headed to Australia