You know what I’m not? I’m not good at Street Fighter.

I’m not good at fighting games in general, actually. That doesn’t mean I don’t appreciate them, though, and I can still tell when the mechanics of these types of games feel sound and polished. That brings us to Street Fighter V, the latest numbered iteration of the storied fighting franchise. The series has been in the hands of both Capcom and occasional-Sonic-developer Dimps for several years now, and if today’s massive lines at every demo station were any indication, it’s shaping up to be another smash hit.

If you’ve played any of the other games in the series, you’ll feel at home with this one: you punch, you kick, you jump, you chain combos together, and you furiously try to beat down on your opponent before they beat down on you. The core gameplay mechanics remain as they have been for years, so casual and veteran players alike will know what’s going on. That said, there are some new mechanics in tow, and many of them come by way of the V-Gauge and Critical Arts moves. As you fight and take damage, your V-Gauge and EX Gauge will fill up, and when they do, you can unleash more powerful moves and abilities to further your lead or close the gap. A filled V-Gauge lets you inflict more damage, become more evasive, or leverage counterattacks that can change the flow of a fight. On the other hand, a filled EX Gauge allows you to use Critical Arts moves, which are flashier attacks that hit harder than anything else in your arsenal. Balancing these new abilities with traditional Street Fighter combat is the name of the game here, and if you want to be the best, you’ll need to master both. 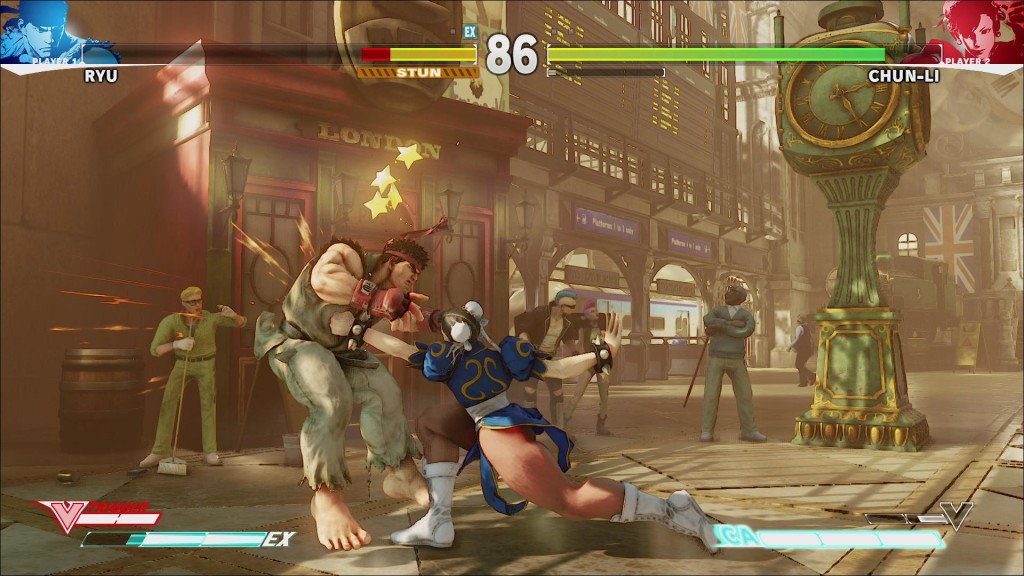 The V-Gauge and Critical Arts moves can turn the tide of battle if they’re used properly.

I’ll admit that I don’t have the most experience with the fighting genre, but I’ve played good ones and I’ve played bad ones – this game feels good. Controls are as tight and responsive as you’d expect, and while the new mechanics are fun and engaging, nothing felt particularly overpowered or unfair. The matches I took part in genuinely came down to skill, to which player can think ahead of and outplay the other. I may suck at the game, but experimenting with its various fighters and combo setups made me want to keep going back for more, and that’s about all I can ask for.

This also happens to be the best-looking Street Fighter game to date, bar none. As the first proper Street Fighter game on current-generation consoles, it’s able to leverage Unreal Engine 4 and some more powerful hardware to deliver some sharp, engrossing visuals. Backgrounds, lighting, and particle effects all look great, and several demo play-throughs yielded no framerate issues. The graphics aren’t quite on the level of something like The Order: 1886, but they don’t need to be. As far as I’m concerned, graphics in fighting games need only keep pace with modern standards since the mechanics and gameplay should be front-and-center; Street Fighter V understands this, and so its visuals impress while never detracting from the core fighting experience. 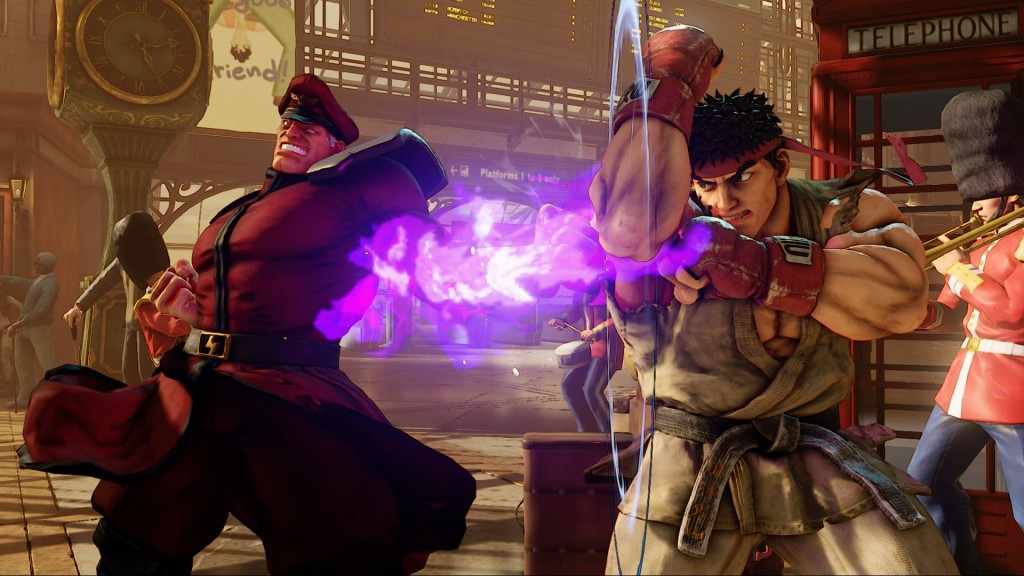 Street Fighter V looks every bit as good as a modern fighting game should.

It’s easy to see why people are getting really excited for this game – the series hasn’t been a new numbered entry since 2008 in the form of Street Fighter IV, and that game set the bar very high, both critically and commercially. This newest iteration looks like it’s ready to rise to the challenge, though whether mainstream audiences will embrace the new gauge system and the game’s other various updates remains to be seen. Don’t be surprised, though, if this one takes off just as its predecessor did.

Street Fighter V arrives Spring 2016 on PlayStation 4 and PC with support for cross-platform play in tow.