In the 1994 SEGA Genesis classic, Sonic 3 & Knuckles, the hero is Sonic, Tails is the ally, and Knuckles is the trickster. Sounds obvious, right? I’m not speaking as generally as you might think. I’m specifically referring to a concept called the Monomyth, which is possibly the most successful tool in storytelling.

Story in Sonic games is often a topic of discussion among the fans. Lots of games come up, like Sonic Adventure 2 (full disclosure, I love that game’s story even with its flaws). Today, I want to argue that one of the most solid Sonic stories ever told comes from an unlikely 90’s game without voice acting. I’m talking about Sonic 3 & Knuckles. I’ve yet to see an in-depth analysis of this story, which is a shame. I submit to you that Sonic 3 & Knuckles has a robust and classic story going on.

The game doesn’t have voice acting, long text-blocks, or pre-rendered cutscenes, so we often write it off as a “simple 90’s game plot.” But it is the simplicity and limited presentation that actually make it sophisticated. To demonstrate why it’s great, we can use the same tools used in cinema screenwriting.

In his 1949 book, Hero Of A Thousand Faces, a scholar named Joseph Campbell demonstrated that all great stories/myths are made up of the same characters and structure at their core. He argued that all myths, legends, and stories that have survived for thousands of years share a fundamental core. Campbell broke down these elements into a theory called the Monomyth, also known as the Hero’s Journey. Years later, another author named Christopher Volger shaped the Monomyth into an more-easily adaptable form in his book, The Writer’s Journey, as did Blake Synder with his book Save The Cat. These books paint a clear picture that shows the elements of all great stories and are used by Hollywood screenwriters all the time.

You know may be thinking that this would make all stories cookie-cutter identical. Au contraire, it has actually shown itself in a large variety of stories and films. Batman Begins, Star Wars, O Brother Where Art Thou?, The Wizard of Oz, and Silence of the Lambs are just a few of the hundreds of movies that follow the Monomyth; yet everyone of those is very different from the other. The Monomyth might just be a theory, but it’s been over half a century and it is still showing up. You can’t say it’s not effective.

Here’s the the cool part: Sonic 3 & Knuckles matches up with the Monomyth, which can explain why the story works so well. I’ve played this game for over 15 years and have only recently made this connection. It’s fascinating to me, and I hope its fascinating to you.

Obviously, if you haven’t played the game, there will be spoilers. So if you’ve yet to experience S3&K, please close this article now and go download it so that you may be blessed by its greatness. I’m going to be writing this article assuming you know how S3&K’s story plays out and I won’t be going into detail on a lot of things that don’t require it.

One facet of the Monomyth is its clearly defined character roles. Volger provided us with several archetypes commonly found in stories. Almost of all of them have their place in S3&K, which matches up quite nicely. 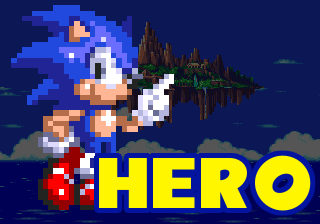 The Hero (Sonic) – Our protagonist and our central figure. 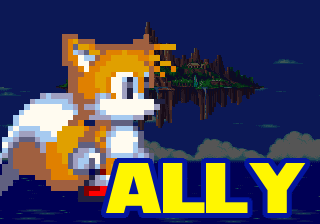 The Ally (Tails) – The sidekick that assists the Hero throughout the journey. 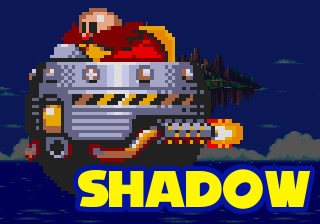 The Shadow (Eggman) – The opposition to our hero, made to destroy. Not to be confused with a certain black hedgehog. 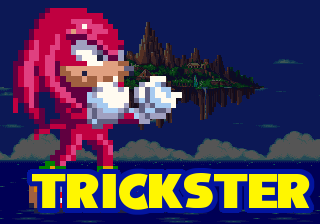 The Trickster (Knuckles) – This individual stirs up mischief and causes trouble. 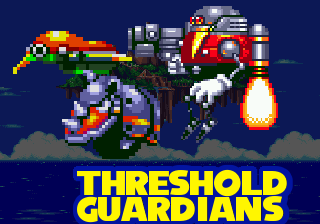 The Threshold Guardians (Badniks) – The Shadow’s henchmen, the obstacles in hero’s path. 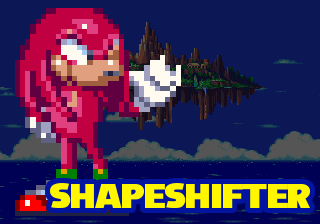 The Shapeshifter (Knuckles, again) – This character changes roles. In this case, it’s Knuckles switching from Eggman’s side to Sonic’s side. 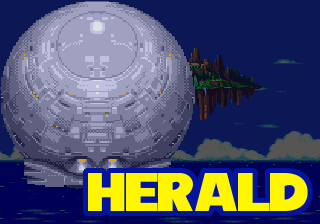 The Herald (Death Egg Crash) – This archetype can actually be a character or an event, as long as it prompts the hero to start the adventure. This is the Death Egg crashing into Angel Island (more on this later).

How about story structure? The Monomyth’s model for plot structure also applies to S3&K, as the in-game scenarios match up surprisingly well. What’s particularly interesting is that the game uses its levels to serve as both “stages in a video games” and plot points in the narrative. Like a Hollywood movie, we can break the game’s story into three acts. Let’s start at the beginning.

ACT ONE:
As was common for a 90’s game, S3&K doesn’t waste anytime getting the game started and putting the player in control. This was long before games gave us a several minutes of prologue cutscenes and back-story exposition (looking at you, MGS V: The Phantom Pain, with your nearly half-hour intro). So unfortunately for the sake of this argument, we have to consult the game’s manual to get the start of the story. To complicate things even more, the manual’s story is slightly different depending on which region-version you read (curse you, early 90’s localization!), so I’ll try to stick to the parts that don’t conflict with each other.

Ordinary World – According to the Monomyth, the Ordinary World is the point at the start of the story where everything is in balance and normal.

According to the manual, S3&K takes place several days after the ending of Sonic 2. The Death Egg is destroyed, Eggman defeated, the animals are safe, and Sonic and Tails have all the emeralds. Everything is in balance (Ordinary World). However, the Death Egg ends up crashing into the mystical floating landmass known as Angel Island. This causes a giant wave in the ocean. The “big wave” coupled with weird Emerald energy signals on the radar, causes Tails and Sonic to go investigate the floating island. This serves as the initial spark of the adventure, or The Herald which Calls The Hero To Adventure. 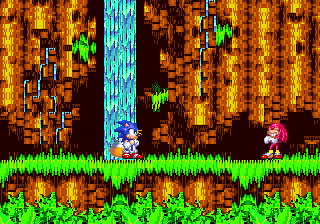 For someone who claims to “not chuckle,” Knuckles does quite of bit of mischievous snickering in this game.

However, upon arrival at Angel Island, a red echidna bursts from the ground, knocks our hero down, and steals all the Chaos Emeralds.

Crossing of Threshold – Leaving the Ordinary World and starting the adventure. Also known as Breaking into Act Two.

Sonic picks himself up and starts his journey. This is the Crossing of Threshold; the point of no return. This is the point where the hero leaves The Ordinary World, and heads into the Special World (not to be confused with the in-game Special Stages). Sonic and Tails are now on this mysterious island, and everything is off balance. The stage is set for the next act.

The second act is sometimes referred to as the “trailer act,” because a large number of movie trailers mostly use footage from Act Two. This act shows the pursuit of the goal, known as the Tests & Enemies or Fun & Games. It’s got the action. For S3&K, this is the majority of the stages, running, jumping, and smashing badniks.

Midpoint – The middle of the story where the hero has a small or false victory/defeat.

Perfectly placed right before Stage 7 out of 14, S3&K has you at the Eggman’s launch base where he is preparing to relaunch the Death Egg. Sonic and Tails have a fight with the Doctor, defeating him and sending the Death Egg crashing into the ground (Midpoint). It seems the heroes may have won. However, it’s not over yet. Eggman has bigger plans.

Landing in Mushroom Hill, Sonic and Tails discover that Knuckles is guarding something precious. They unearth the shrine of the Master Emerald, and Eggman has his eyes on it.

After more robot smashing and a brief rendezvous with an Eggman zeppelin, our heroes find themselves going deeper and deeper into Angel Island, getting closer and closer to the Master Emerald. In Lava Reef Zone, we find the crashed Death Egg still has some life left in it. It’s obvious Eggman plans on relaunching it.

This is when the duo get into a direct fight with Knuckles deep inside the emeralds’ Hidden Palace. (Side note: This fight happens in front of a prophetic mural depicting the ending boss battle. The ancient echidnas sure liked foreshadowing). Towards the end of the conflict, we hear a ruckus coming from the shrine.

Break into Act Three – A new turning point, a rule change, or a new inspiration appears.

Knuckles finds Eggman trying to steal the Master Emerald, revealing his true colors. Knuckles tries to stop Eggman but is electrocuted before the evil doctor escapes. This is where the Shapeshifting happens. Knuckles, realizing he was tricked, changes sides and starts to aid Sonic. Using the last bit of strength he has left, he helps Sonic and Tails transport into Act Three….I mean, Sky Sanctuary Zone.

When the stakes gets raised in a story, it’s often accompanied by a literal rising movement or motion. In S3&K, this is the Sky Sanctuary, a stage literally raised up in the clouds. Up here, the heroes have their best shot of making it to the Death Egg as it relaunches in the background. The ground crumbles behind them as they board the space-bound vessel. There is no going back now. 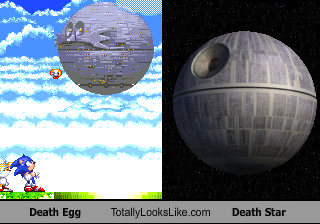 The big Finale, the team has an epic battle with The Shadow (again, referring to Eggman, not the ultimate life-form). After nearly being crush by Eggman’s Doomsday robot, Sonic and Tails destroy the Death Egg once and for all.

However, Eggman makes one final effort in space, flying away with the Emerald through an asteroid belt. Sonic has to dig down inside and use his last ultimate power, his Secret Weapon. He transforms into his Super Form. With only a few rings left to spare, Super Sonic delivers the final blow and steals the Master Emerald back for good.

Return with the Elixir – The point when our hero returns home and gives the treasure he/she acquired to its proper recipient.

Now it’s time for a resolution or “falling action.” Literally falling, Sonic and Tails drift back to Earth and return the Emerald to its rightful owner (Return with The Elixir). The relieved echidna watches from afar in thankful adoration.

Angel Island comes out of the ocean and returns to its normal state. Everything is in balance again, and it’s better off than it was when the story started.

The journey is complete. Our heroes did it.

Wrapping It All Up

*Whew* That was a lot of mumbo-jumbo. “What was the point of all that, Noah? What are you trying to say, you crazy man?”

I’m saying that Sonic 3 & Knuckles has a freaking great story. It’s a beautiful tale of alliance, betrayal, and redemption, ripe with tons of action and loads of fun. Its plot has all the proven elements and characters of a great story, according to years of research of folktales and films. It’s a game without a single spoken word, and yet I think S3&K absolutely nails it. And I think that is a reasonable assessment.

Noah Copeland is a somewhat-interesting human. He makes music, makes films, and stands at exactly average height. You can find him on his TSSZ author page, or on Twitter @NoahCopeland, where he posts his creative works and slightly less-thought-out essays of 140 characters.