Reasonable Assessment: Sega Does What Nintendon’t

I logged onto my gmail account and got a big ol’ fat email with the subject line “Album Recalled.” My band’s cover of the Punch Out! theme was taken down from several platforms via copyright strike by Nintendo. As you can imagine, I didn’t start jumping up with glee. Nintendo is a company notorious for taking down fan-made content and issuing out copyright strikes in bulk. Nintendo is also one of the few video game companies that requires you to officially partner with them in order to post YouTube videos of their games so that they can squeeze some extra revenue from it.

Meanwhile, on the same day I received the copyright claim, the official Sonic Twitter account posted a piece of fan-art made by Kerstin Edin, a humble Sonic fan and illustrator.

It is now July 2016. Sonic’s 25th Anniversary in San Diego finished up a few days ago and it was a wild ride. I’ve got so much to discuss and a lot of rabbit holes to go down. You’ll be seeing plenty of it in the coming weeks. Today, the topic at hand is Sega’s embrace of Sonic’s fandom.

So let’s talk about Sonic Mania.

For any other intellectual property, Sonic Mania would just be a fan game, but it isn’t. It’s an actual product published by Sega.

What’s incredible and exceptional about Sonic Mania is that it is a collaboration between SEGA and indie developers Christian Whitehead, Simon Thomley (Headcannon), and PagodaWest Games. Let’s talk about who these people are.

-Christian Whitehead (aka “Taxman“) – He’s made Sonic fan games and fan engines. He was first known for his engine “Retro Sonic” which was an attempt at a 1-to-1 recreation of the S3&K engine (written in C++). He later pitched a Sonic CD iOS remake to Sega, which Sega gave the greenlight. You know the wonderful iOS versions of Sonic 1, Sonic 2, and Sonic CD? Yeah, Christian made those. They weren’t just ports/emulations either. They were remade from scratch, which allowed him to make tweaks and fix problems with the original games. These iOS versions are the definite versions of the Genesis games, in my opinion.

-Simon Thomley (aka Headcannon) – He’s made Sonic fan games and fan engines and helped co-found the Sonic research/hacking scene. Many people know his work on the Sonic 1 rom hack called “Sonic Megamix,” and well as his Sonic level editor, SonED. Oh, and he helped Christian with those iOS Sonic remasters too.

-PagodaWest Games (indie studio)- These guys are a small indie game studio that has made a few games such as Major Magnet. Members of the team, such as Jared Kasl and Tom Fry, met during the development of Sonic 2 HD, a fan made recreation of Sonic 2 but with super-smooth animation and HD sprites. Their in-house composer, Tee Lopes, is known for his re-imaginings of retro Sonic music.

I’m sure you’ve noticed a common theme here; everyone involved in Sonic Mania is a Sonic fan with past experience in the Sonic fan game scene/community. No one working on this game has anything less than burning passion for our beloved hedgehog.

Passion alone ain’t enough to make something great. Luckily, they all have credible experience in shipped products. The iOS remasters did great, and Major Magnet reviewed well. All of their projects were very functional, not buggy, and not rushed. This is a super-group of Sonic fan devs.

Sonic Mania is a fan’s dream come true in several ways. On one hand, several Sonic fans that had the dream of developing their own original Sonic game since they were younger are finally getting the chance. On the other hand, many classic Sonic fans have been wanting a brand new “retro” Sonic experience and Sonic Mania is exactly that. 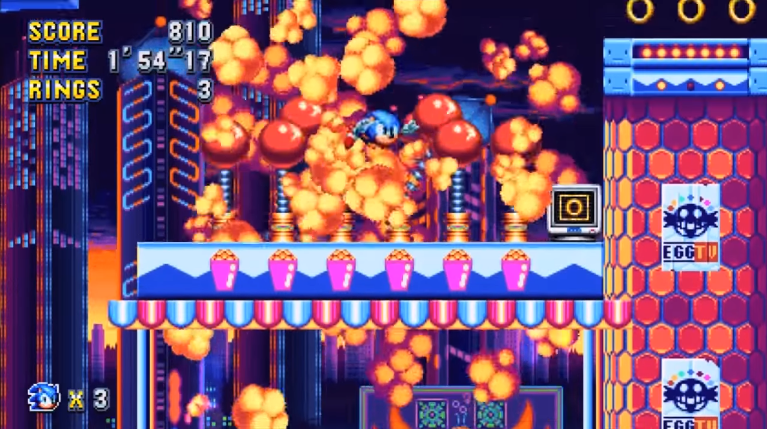 Is that a reference to a rare Sonic popcorn vending machine from 1993? Actually, it is. Fans know the deep stuff.

To me, it’s crazy that Sonic Mania is a real thing. Sure, game studios have allowed fans to be involved in small ways before (such as Dragon Ball Xenoverse using fan voice actors), but Sonic Mania is literally created by fans. Can any one else think of other instances where fan gamers were brought in to be actual developers? This is a rare thing. Can you foresee something like this ever coming from Nintendo, the company with the aforementioned ruthlessness toward fan content? I can’t imagine Miyamoto or his peers spearheading an official-released fan-developed Mario or Zelda game.

Sega looked at what the fan gamers were capable of and embraced it. A few years back, Sega had recruited the game studio known as Dimps in a previous attempt at recapturing the glory of the Genesis classics. Dimps gave us Sonic 4: Episodes I & II, which were criticized for the poor imitation of original games’ physics and level design. Sega had the odd clarity to indirectly admit that Christian Whitehead and his associates are much more capable of recreating the classics than a 200+ member professional studio. Considering the amount of time that Whitehead and Thomley have poured into studying the original Assembly source code of the Genesis classics, it’s completely justified. And I couldn’t be happier. Sonic Mania looks absolutely amazing. 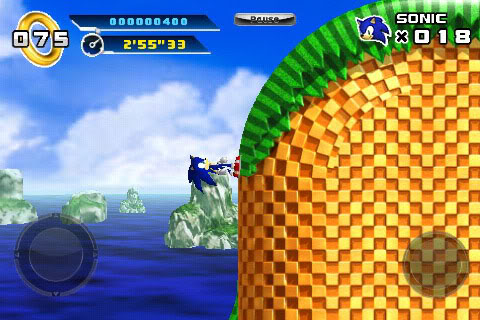 Let’s go back to Nintendo. Last year, one YouTuber said his channel was “wrecked” because of Nintendo’s takedowns on his Mario fan mod videos. Minecraft, another example of fan-generated content, will also earn you a copyright strike from Nintendo if you post a Mario-themed video of it. Are you seeing the contrast?

Sure, Sega is still a large company at the end of the day. Not every little thing they do is going to be exactly what the fans want. With a fanbase as global and divided as ours, it’s sometimes near impossible. But I think what has been accomplished with Sonic Mania and the 25th San Diego party is unique. Seriously, who else would have thrown a party so goofy and rad at the same time?

Regarding fan involvement and interest at the party, there are some honorable mentions. Skyler King, aka SegaSky, is another longtime fan community member and was hosting the event. The cast of Boom acknowledged SonAmy (if you’re into that sort of thing for whatever reason). Let’s not forget the meme-man himself, Aaron Webber. He has consistently established himself as a hardcore fan. As I’ve mentioned before, he is always talking to us at our level and not going over our heads with corporate mysticism. Aaron addressed specific fan factions by name, such as “moderns fans” and “adventure fans.” He took the time to ask about Sonic Adventure 3, because he knows a lot of fans care about that idea.

Aaron asked, “What about a Metal [robot version of] Big the Cat?”
“Metal Big the Cat would be too powerful,” said Sonic Team Creative Director, Kazuyuki Hoshino. He knows what he’s doing with that joke.

To bring it back home, Sonic Mania is the party’s testament to the intense amount of passion and love that Sonic fans have. That game is a game made for the fans by the fans. Sega took an odd bite of humble pie by allowing a very small group of fans to develop what is going to be a huge game. Let’s face it, the buzz around Sonic Mania is already bigger than the unnamed Sonic 2017 (more on that in a later post) even though the former likely has a smaller budget. What they’ve done is something that I don’t see a lot of other companies doing. It’s different. It’s unique. And it’s certainly the opposite of Nintendo’s corporate-dragon approach to fan content. Long gone are the days of the 90’s console wars that put Sega toe-to-toe against Nintendo. But in a brief return to form, Sega reminded me that they can still do what Nintendon’t. And I hope that’s a reasonable assessment.

Noah Copeland is a somewhat-interesting human. He makes music, makes films, and stands at exactly average height. You can find him on his TSSZ author page, or on Twitter @NoahCopeland, where he posts his creative works and slightly less-thought-out essays of 140 characters. He is currently working on a comedy film about nerds, and you should totally donate to its crowdfunder.

Sonic and the Black Knight Sega.com Page Up