On June 1st of 2015, Kellie Parker ended her seven year tenure as Sonic the Hedgehog’s social media manager. A short time later, a familiar face by the name of Aaron Webber took the reins. No one was prepared for what was about to happen.

Overnight, the Sonic Twitter made a complete about-face and became a self-aware meme fest that is fluent in internet culture. And it’s the best marketing campaign SEGA has put out since the 90’s.

And that’s exactly my point. There are tons of articles about Sonic’s Twitter because the account has done what once seemed impossible; it made Sonic relevant again.

The new strategy, fronted by Webber with help from savvy marketing group Ayzenberg, has won critical acclaim for its antics, including a CLIO, a Video Game Marketing Award for “Outstanding Use of Social Media Video Asset“, and a finalist for a Shorty Award.

Some of you are naysayers that are turning your noses up to the new social media approach.

“But Noah, I hate the Sonic Twitter. They turned Sonic into a joke. They made Sonic a meme!”

No, you don’t understand. A Twitter account did not make Sonic a joke or a meme. Unfortunately, Sonic had already been a joke/meme. For years. No one had been taking Sonic seriously for a while, and it was happening long before Webber. 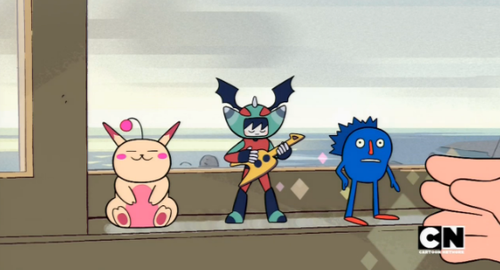 Yes, this is real.

The cringey, creepy fan-art and catchphrases of Sanic, You’re Too Slow, and Gotta Go Fast have circulated the vast reaches of the internet and have been well-established since at least 2008. Popular cartoon, Steven Universe, was parodying creepy Sanic fan art before Webber’s media team did.

When Webber took over, Sonic was already an internet joke. So what was he supposed to do? Ignore it all?

Look back before Webber. Look back at the Kellie Parker era. With tweets like these, the account was fairly standard. I mean, there was nothing wrong with what Parker was doing. But that’s the problem. There’s was nothing “wrong.” There was no risk-taking. No attitude. It was safe, corporate, and fairly boring. It was everything Sonic wasn’t in the 90’s.

He’s “flip and funny.” This box art made sure you knew about his “Super Attitude!”

Instead, Webber took what was already there and sabotaged it to the Sonic brand’s benefit. Webber’s new approach is irreverent, in-your-face, and over-the-top. It’s smug and it talks smack. It’s exactly what Sonic always had been since 1991. Mario is safe and light; Sonic is the anti-Mario.

Nintendo wouldn’t dare post bad fan art of Mario. But Sonic isn’t so sheepish and does it unabashedly. The two were rivals in the 90’s, and their Twitter accounts take potshots at each other now. Everything is as it should be.

A more traditional campaign didn’t make Sonic relevant for the past seven years under Kellie, and it wouldn’t make him relevant now.

The point of Sonic’s Twitter is to get people engaged, make them laugh, and establish good rapport. Webber’s team even took something as gross and corporate as a sponsorship and made it fun. Take a look at what they did with SEGA’s partnership with Totino’s Pizza Rolls at PAX East.

Typical corporate social media accounts are just another arm of traditional PR. It’s just one-way communication along the lines of “buy our product that’s coming soon” and nothing more. Social media is supposed to be social! It’s meant to be a form of engagement, not a billboard. Instead of being soulless and unrelatable, the Sonic Twitter proudly shows its human side. Sonic’s had a rough history and plenty of bad games. I know it, you know it, the American people know it. Guess what? The official, blue-checkmark-verified Twitter knows it, too. Instead of hiding by a distant wall of damage control as corporate mouthpieces typically do, the Sonic Twitter openly acknowledges bad games of the past. For a high-dollar company with a lot of face to save, it’s completely unorthodox yet absolutely the smartest thing to do. It’s cathartic to see the official account mock the eternal loading screens of Sonic 06. Webber doesn’t feel like he’s far away on a hill. No, he’s right there with us, laughing with us. (When I attended, SXSW he was literally right there with us, in the seat in front of me).

Here’s a great example: The Game Grumps are huge on Youtube. They have huge influence and they hate Sonic. What does Webber do? He repeatedly tweets at them and references them directly. Sonic The Hedgehog ain’t shy, man.

On the surface, Sonic’s Twitter page may seem like a mess of stupid memes, but it’s actually a stroke of sophisticated marketing brilliance.

“But why does it always have to be memes? Can’t Webber give us more official Sonic news, screenshots, and etc?”

That’s not how it works. Webber can’t just freely release highly-confidential information on upcoming Sonic products. Sonic’s social media team can not make announcements or reveals without the greenlight from SEGA higher-ups.

Do some of you actually think that Webber’s team is purposely withholding juicy Sonic trailers in favor of memes? I promise you, as soon as SEGA gives the go-ahead to release information regarding Sonic 2017 (or whatever games come next), you’ll see it. In the meantime, Webber’s team keeps the fanbase engaged with memes, cryptic messages, and silly scavenger hunts. So go have some stupid internet fun while you wait for announcements.

“Whatever, Noah. None of this matters if future games aren’t any good!”

Actually, it does. It completely matters. Maybe not to you, but for the franchise as whole, the new social media strategy has been nothing but healthy. It’s okay to be a Sonic fan again.

You can’t strip Sonic of his dignity when he’s already proudly indignant. You can’t trash on his bad games when he’s already beat you to it (perhaps you were too slow?). No one can laugh at Sonic, only with. When the damage of the brand’s name seemed beyond repair, Webber found a way to make it work. This, couple with good products, will be effective in the restoration of Sonic. Webber’s strategy is the absolute best way to go forward with the brand’s presence and that is my reasonable assessment.

Noah Copeland is a somewhat-interesting human. He makes music, makes films, and stands at exactly average height. You can find him on his TSSZ author page, or on Twitter @NoahCopeland, where he posts his creative works and slightly less-thought-out essays of 140 characters. P.S. I mean no disrespect/ill-will toward Kellie.